Tensions are running high in the South at the moment. Following South Carolina’s decision to remove the Confederate flag from the capitol building in Columbia, white supremacists have been making their feelings known about it both on- and offline. At a recent protest by the Ku Klux Klan on the steps of the capitol, five protesters were arrested as tempers flared in the ferocious summer sun. 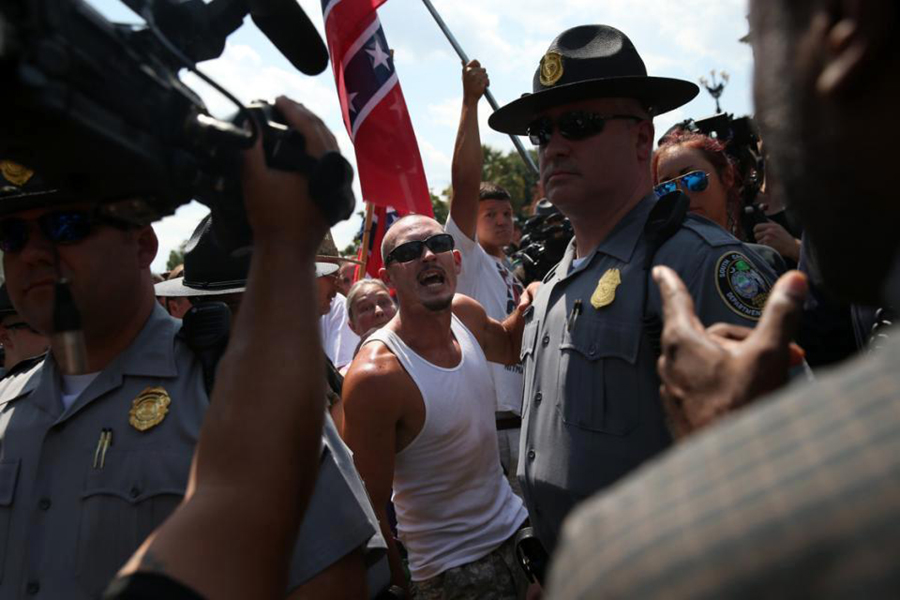 Police officers weren’t just there to make arrests, however. With temperatures hitting the high 90s, officers also had to help those people collapsing from heatstroke and dehydration as they baked away in their pointy hats and swastika t-shirts in the high summer sun. One such officer who was there to keep the peace and to make sure nobody died was Leroy Smith. Despite the fact that Leroy is an African American – exactly the kind of guy these white supremacists wish would hightail it outta the United States – he is first and foremost an officer of the law. 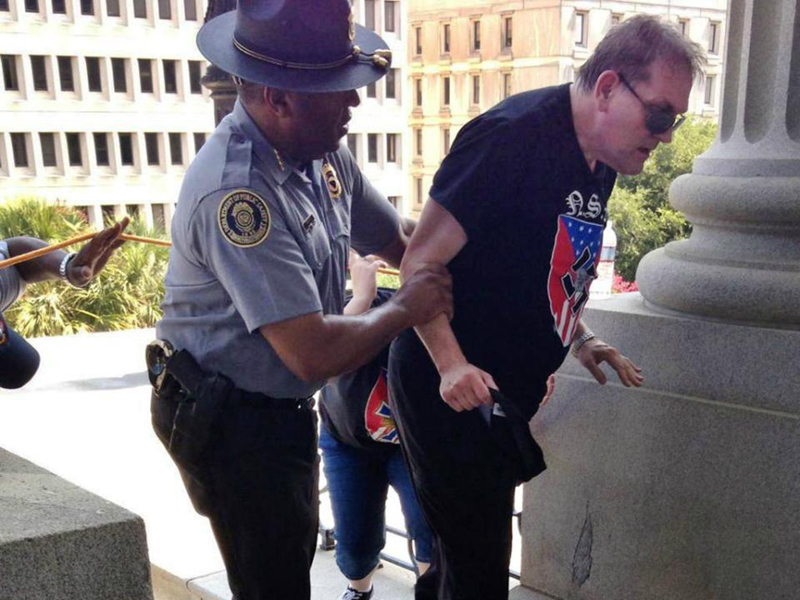 In this photo – which has quickly gone viral – we see Smith helping an elderly white supremacist up the steps of the capitol and into the shade to get some water after the diligent officer noticed the man was struggling in the heat. Despite the fact the guy was wearing a Nazi t-shirt, Smith put his duty to protect all citizens above his own personal feelings.

It seems to us that we need a few more Leroy Smiths in this world and a few less old racist fools throwing their toys out of the pram over a flag. Hats off to you, Officer Smith.