Faulkner County, Arkansas. A low life kid called Kane Millsaps dons a brass knuckleduster and sucker punches a kid from behind. All despite a girl filming him and pleading for him not to.

The police affidavit stated that “The victim said he lost consciousness after being hit and when he woke up he thought he had gravel in his mouth but it was pieces of his teeth. Millsaps found the brass knuckles at his apartment complex. After the incident, he threw them in the dumpster.”

The kid could face up to 20 years if found guilty. Here’s what his attorney said: “The video is disturbing. It caused me, like everyone else that saw it, a good bit of discomfort. But if he gets the maximum sentence, which I hope he doesn’t, he’ll get out when he is 36 years old… Then what?” 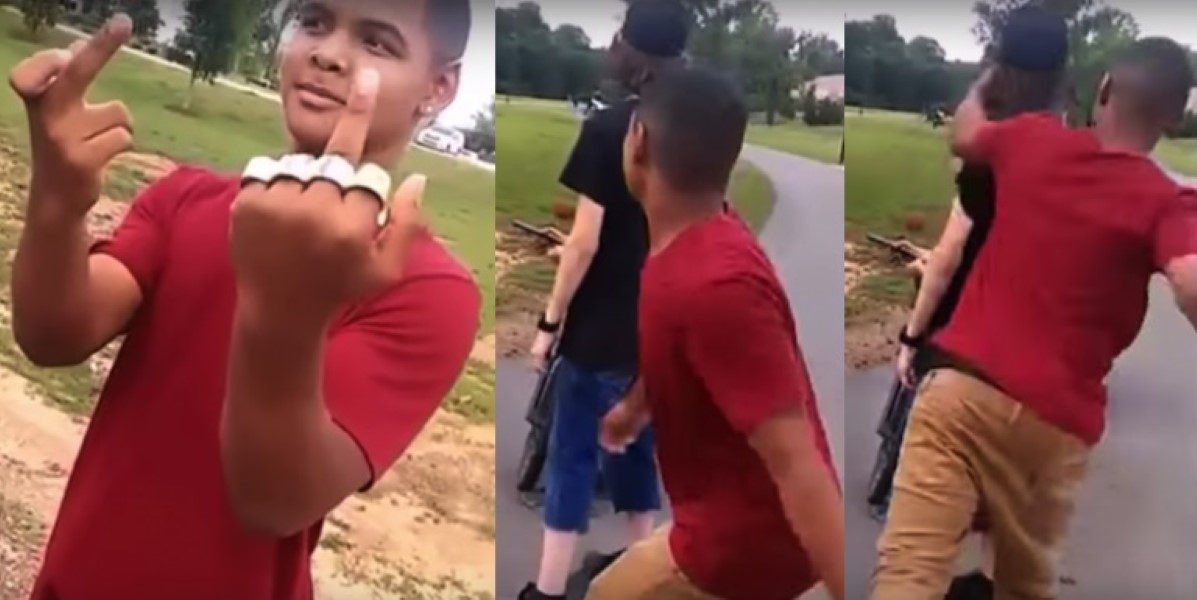 Here is the vile attack: