This is Matthias Schlitte, a 27 year old from Germany. Matthias was born with a rare genetic defect which has rendered his right arm 33% bigger than his left! Matthias had a tough time as a child. As well as the obvious self-confidence issues, the arm caused him a lot of pain. 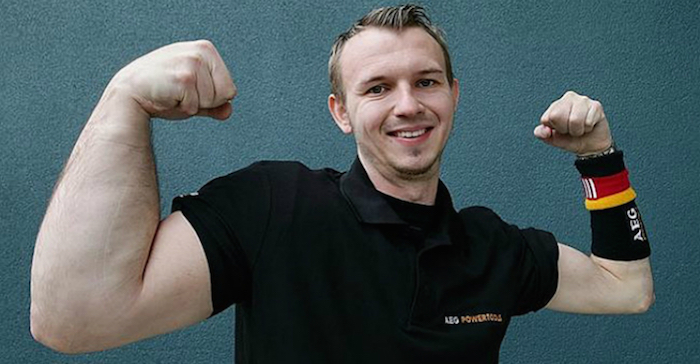 But instead of letting his defect get the better of him, Matthias decided to turn it into an advantage. He started entering arm-wrestling contests. Initially, the other competitors didn’t take him seriously. But then he started to win. A lot. 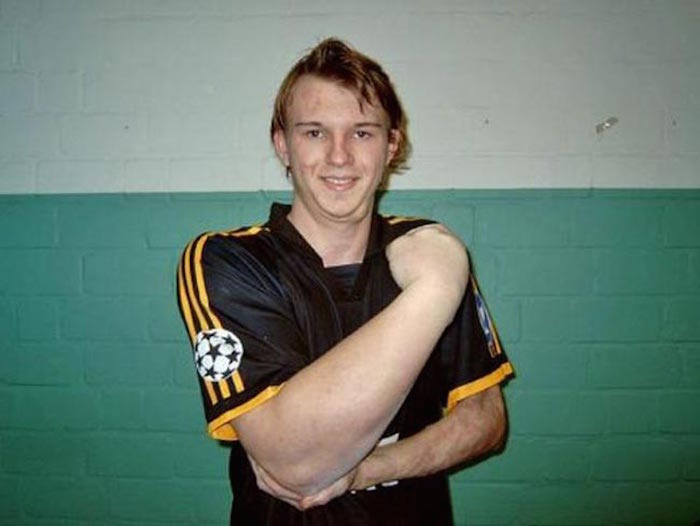 And now, Matthias is a 14 time world champion of arm wrestling, and has earned the nicknames “Hell Boy” and “Popeye”! He has also become somewhat of a celebrity in his native Germany, appearing on television shows and in adverts.

Matthias’s story of triumph in the face of adversity is remarkable.