Get ready to watch your new favourite video. A tiny guy about 5’2″ fights a huge tall guy that must be 6’5″ if he’s an inch. The little dude can handle his sh*t too… The reason behind the fight? Pop-Tarts! That’s right. The big fella ate a whole box of the little guy’s Pop-Tarts when he was round his house last and didn’t tell him… Serious sh*t.

You’re backing the little dude all the way. He’s The Man. He don’t take no sh*t. And he doesn’t slap or use keys like the big bitch he’s fighting. The best thing about this video, though? The dude filming. His commentary is epic. Plus we love how concerned he gets about the guy’s glasses when they come off in the fight.

This is hands-down THE best fight I’ve ever damn seen. Well, alright, funniest… We just know you’re gonna enjoy the next two and a half minutes… 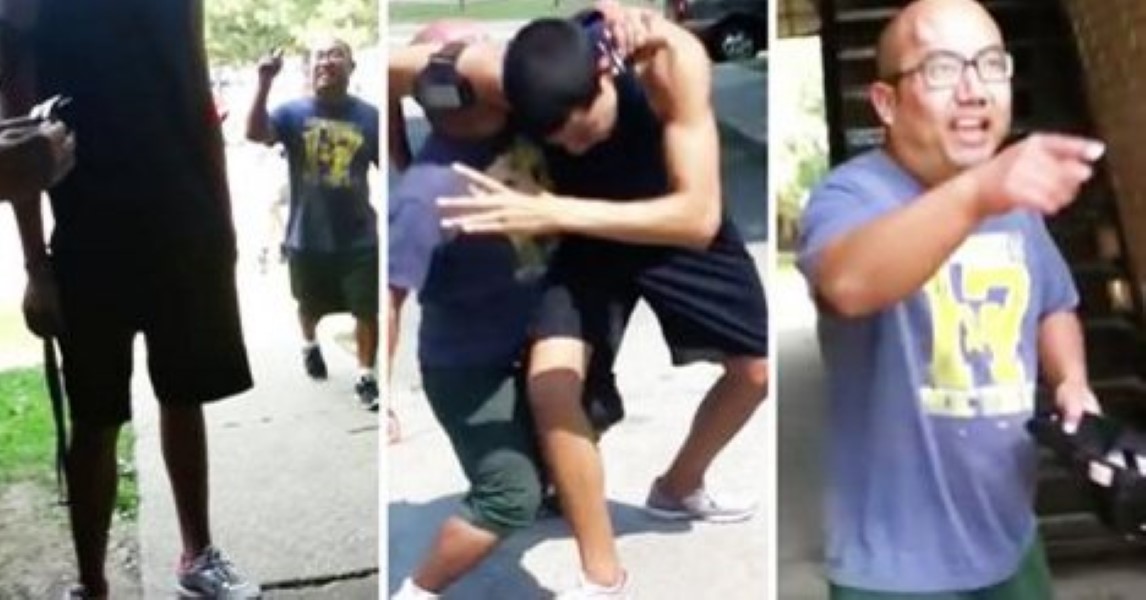