In ‘Only In Japan News’, Burger King has announced it will be selling two varieties of ‘red burger’ in its restaurants over there. The ‘Aka Samurai Burger’ (‘aka’ means red in Japanese, apparently) will be available in chicken or beef and comes in a red bun with red cheese and a chili sauce the King has dubbed ‘Angry Sauce’. The bun and cheese get their distinct red coloring from tomato powder … which is … er, yeah. Here’s the chicken version of the Aka Samurai Burger just to whet your appetites: 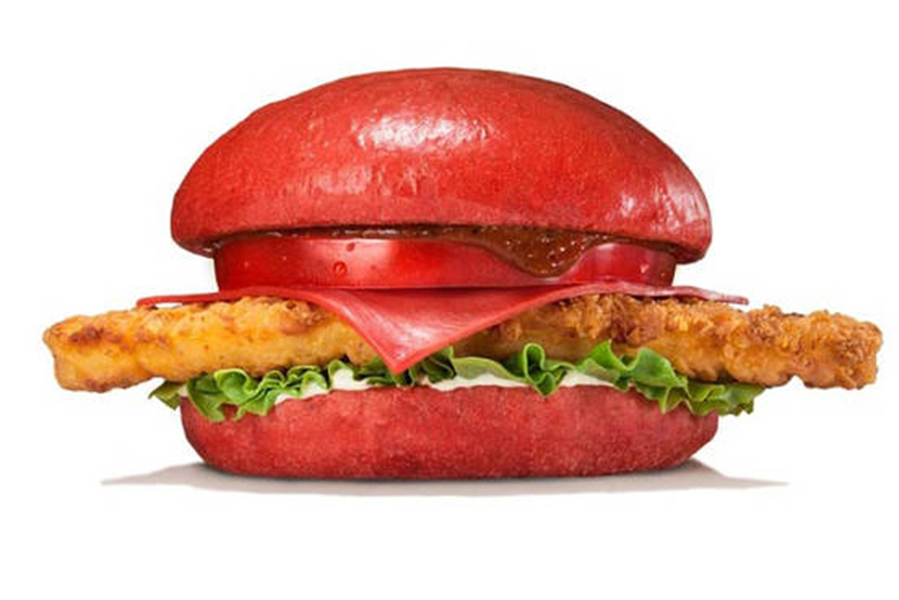 Think this is a crazy idea? Well it ain’t the first time Burger King in Japan has gone down this road. In 2014 they launched the ‘Kuro’ burger: 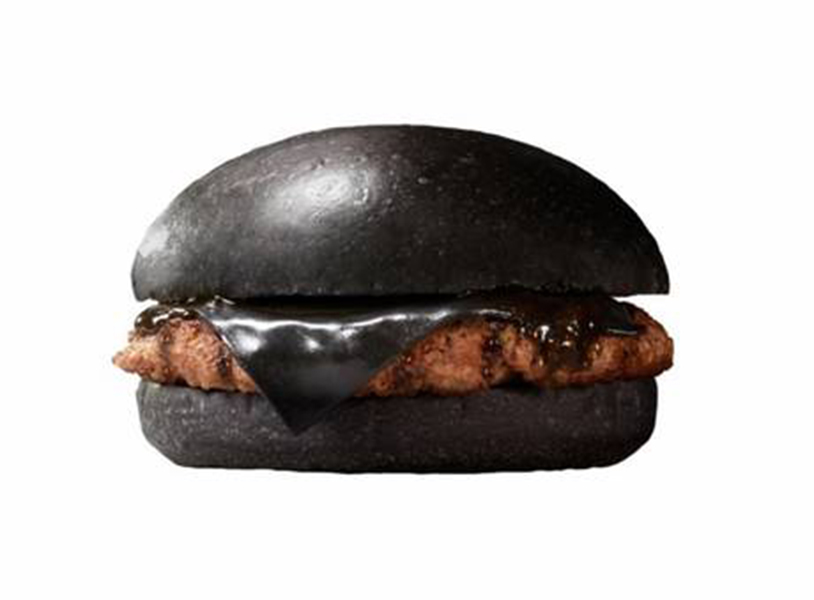 Colored with bamboo charcoal and freakin’ squid ink, the burger looked bad enough in the King’s publicity photos. In reality, it looked a damn sight worse than that: 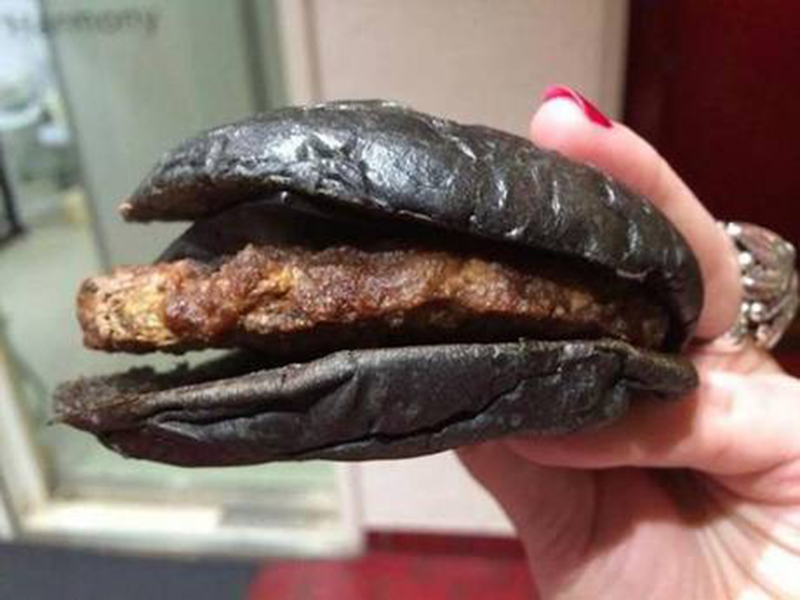 That is a pretty messed up burger right there. Having weighed up the options, we think we’ll stick to a Whopper, thanks all the same.