What is it with sports stars and cheating? Why can’t they keep it in their pants? Step forward Delanie Walker, the 30 year old tight-end for NFL team the Tennessee Titans. Apparently he has been cheating on his girlfriend of ten years, Racine Lewin, on and off since he became a famous football player.

Now, when four months pregnant Lacine found out about Walker’s infidelity, she was so enraged that she hacked into his Instagram account 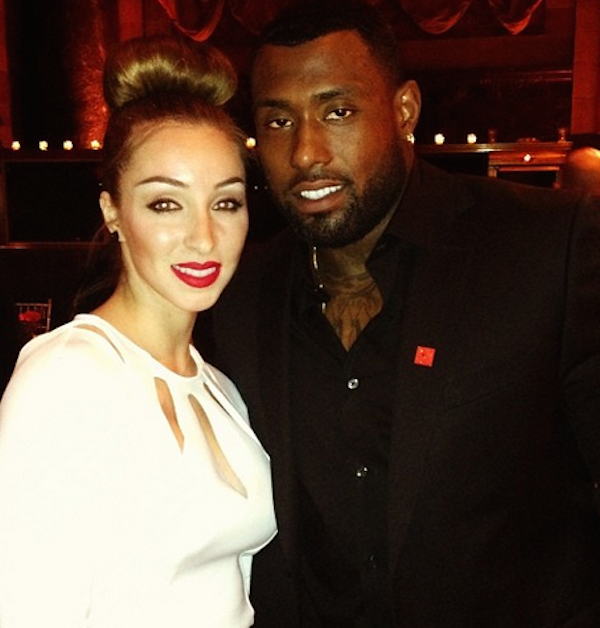 Once logged in to his account, Lacine posted a scathing message about Delanie to his twenty five thousand followers, detailing his various misdemeanors, and accusing him of being a “liar” who only cares about himself. The post, which has since been deleted, also branded Walker a narcissist with no self control, and claimed that he cheated on her because she no longer fitted his image. 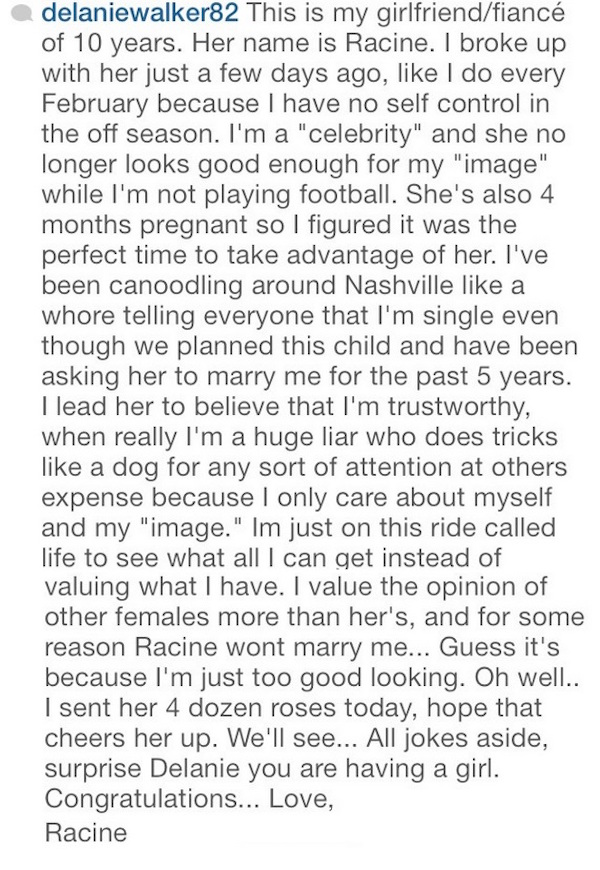 The post, which Lewin later apologized for, saying that it was out of character, also breaks the news to Walker that he is going to father a baby girl.

Now, cheating on someone is pretty dirty, but cheating on a pregnant and vulnerable woman who has stood by your side for ten years is even worse. It’s also incredibly dumb when they are as beautiful as this! 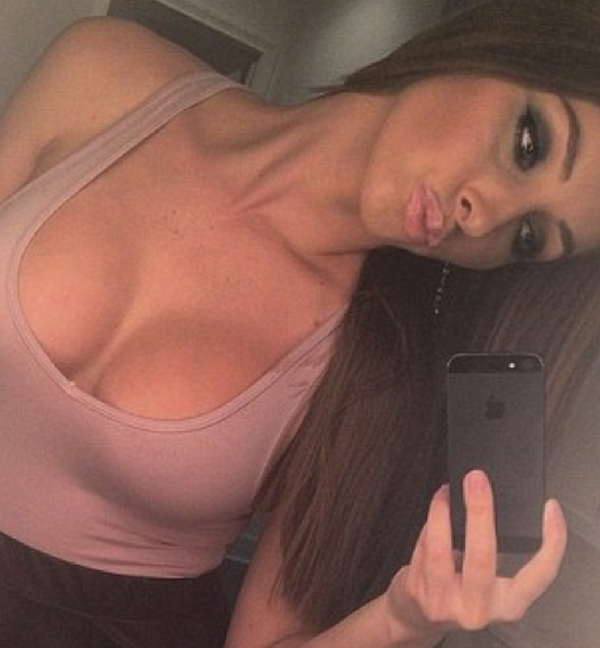 Seriously, Delanie, what were you thinking?!