Police in Peru have busted a hitman after discovering the dopey killer-for-hire was advertising his unique services on Facebook. The 38 year-old was arrested after cops saw pictures of him plastered all over the social network posing with guns and money and making boastful comments.

Jonathan Giraldo, who calls himself ‘Tony Garcia’ and even more ridiculously, ‘Anthrax’ – like he’s some sort of comic book supervillain or something – is now looking at a jail sentence. Although for how long, it’s difficult to say. Police suspect that Giraldo might not actually be the hardened assassin he claims, having found no other evidence to suggest that he’s responsible for any murders as yet. Either way, South American police can bust him for firearms charges. 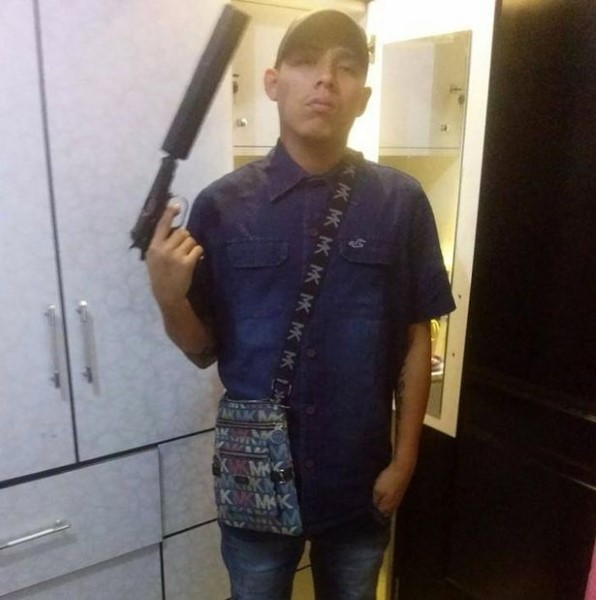 Police spokesman Leonidas Menendez told the press: “The truth of it is at the moment we do not know yet if he really is a contract killer or if he is an idiot making up a fantasy life from his bedroom, but we will find out the truth.

“We are currently doing ballistics checks on the weapons and looking at his bank accounts to see if there have been any suspicious payments.

Here’s a little more on the story of the thick-headed Facebook contract killer: