You’ve no doubt read by now that 50 Cent has filed for bankruptcy after being ordered to pay $5m to the ex-girlfriend of his rival Rick Ross. Despite Forbes estimating his worth at $155m as recently as May, Fiddy – real name Curtis Jackson – argued in the bankruptcy hearing that he was in fact broke. His infamous ostentatious displays of wealth were, he argued, just for show to keep up his public image. “I take the jewelry and the cars back to the stores,” he said, which makes us see images such as this in a whole different light: 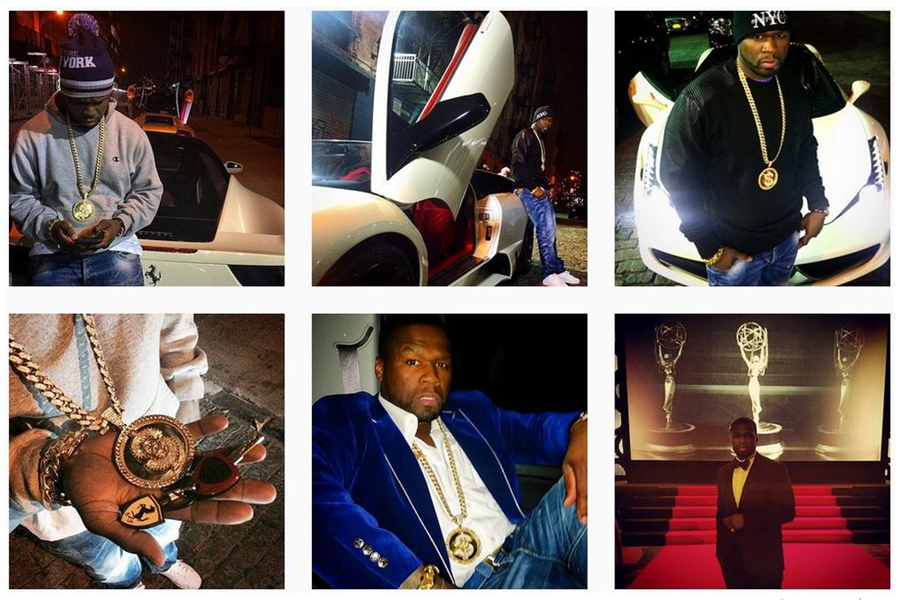 Despite owning several businesses – Vitamin Water, for example, was sold to Coca Cola for a bajillion dollars in 2007 – Curtis argued that he didn’t have a pot to p*ss in, and that the only way to protect himself was to file for bankruptcy. When the judge asked about his 38 million record sales, Fiddy replied that he makes a meager 10 cents a record (not even 50 cents – you missed a trick there, music industry).

When a concerned Internet heard about Fiddy’s financial woes, they decided that he needed help. Despite the rapper being the author of his own misfortune – come on, he stuck up a sex tape and freakin’ commentated on it like he was working for ESPN – the Internet’s a forgiving place, and has decided to get busy gettin’ Fiddy rich again … or die tryin’ (BA-DUM-TISH)!

Taking their cue from Fiddy’s admission that he makes a small amount of money from each record he sells, some concerned fans have set up a new Tumblr called ‘Make 50 Cent Rich Again’ where budding, 50 Cent-centered philanthropists can listen to his song ‘Piggy Bank’ on Spotify. When they do, the impoverished star receives not 10 cents, but $0.0011. Alright, so that’s not as much as Fiddy’s used to getting, but fans have still managed to raise just over twenty dollars in a short space of time. At that rate, the rap legend could be back pretending to own fleets of supercars and tons of gold jewelry as early as 2099. 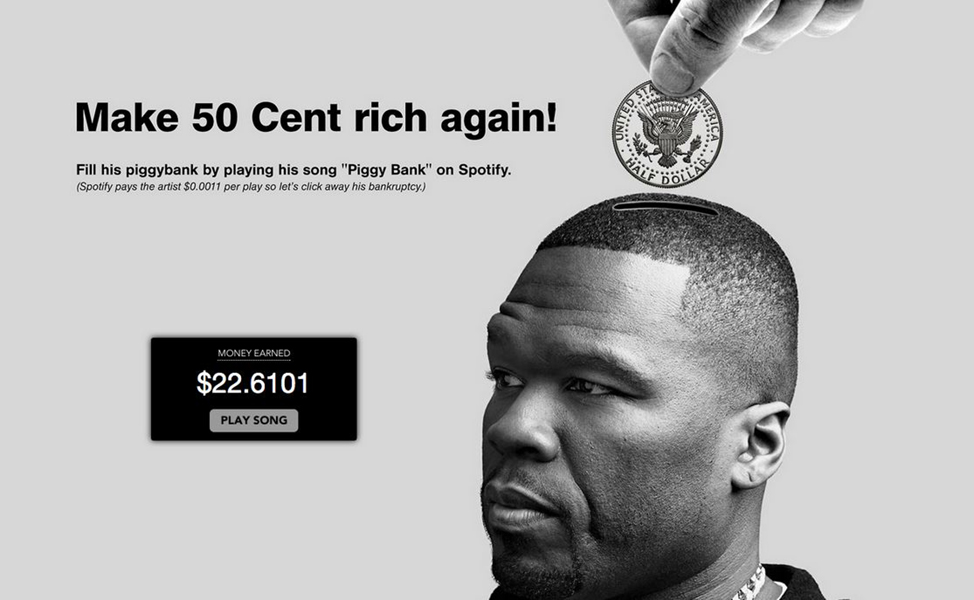 We wish Fiddy’s fans all the best in getting their hero back on his feet again. We would join in, but that would mean listening to ‘Piggy Bank’ over and over again. No thanks!