Racism. We don’t like it. You don’t like it. Very few people really do. It’s low. But dammit, if you’re gonna be racist and say racist sh*t, at least have the courage of your convictions and actually back it up.

This dumba*s kid here drops the N-Bomb during an altercation with a black classmate. Then instantly regrets it. There’s no styling it out, either. Dude just scrams. 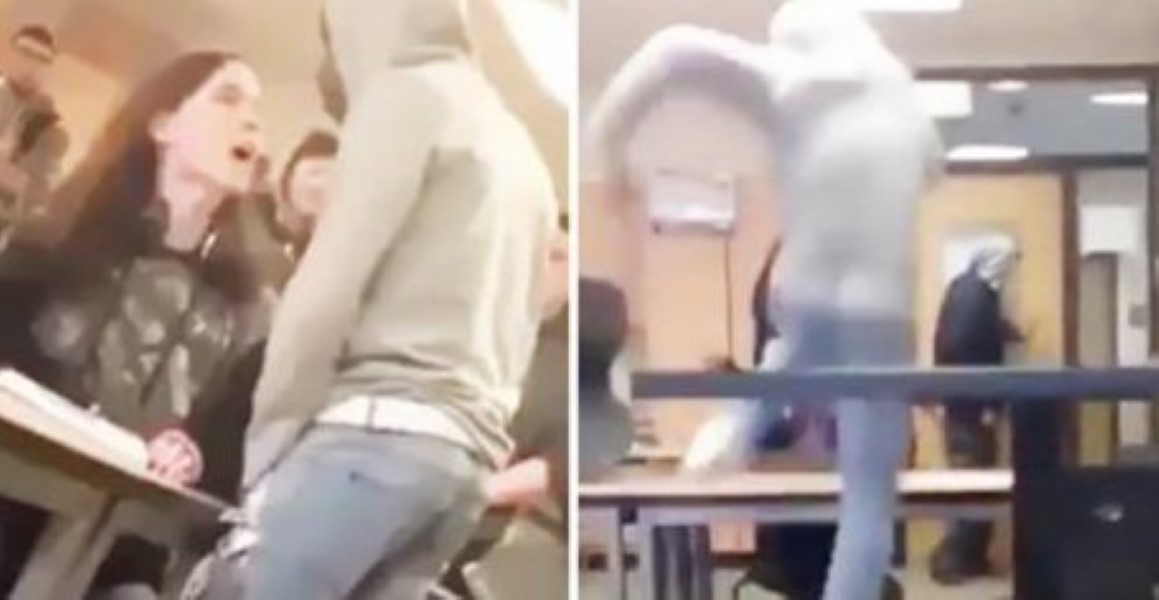 Here is the stupid kid and his 2 second racist ‘bravery’: