Ningbo, East China. A man and his family go for a day out to a zoo. In order to swerve the rather steep $19 entrance fee, Zhang from Hubei province decided he would pay for his family, but jump over the fence himself. Which proved to be a HUGE mistake.

It cost him his life.

Dongqian Lake Tourist Resort Administrative Committee were left to confirm his death to his family and the media, though it was obvious to all. Visitors watch the man get mauled and killed.

He died from his injuries later in hospital, but the attack was BRUTAL. Zookeepers were forced to kill one of the tigers to free the man and attempt to rescue him. 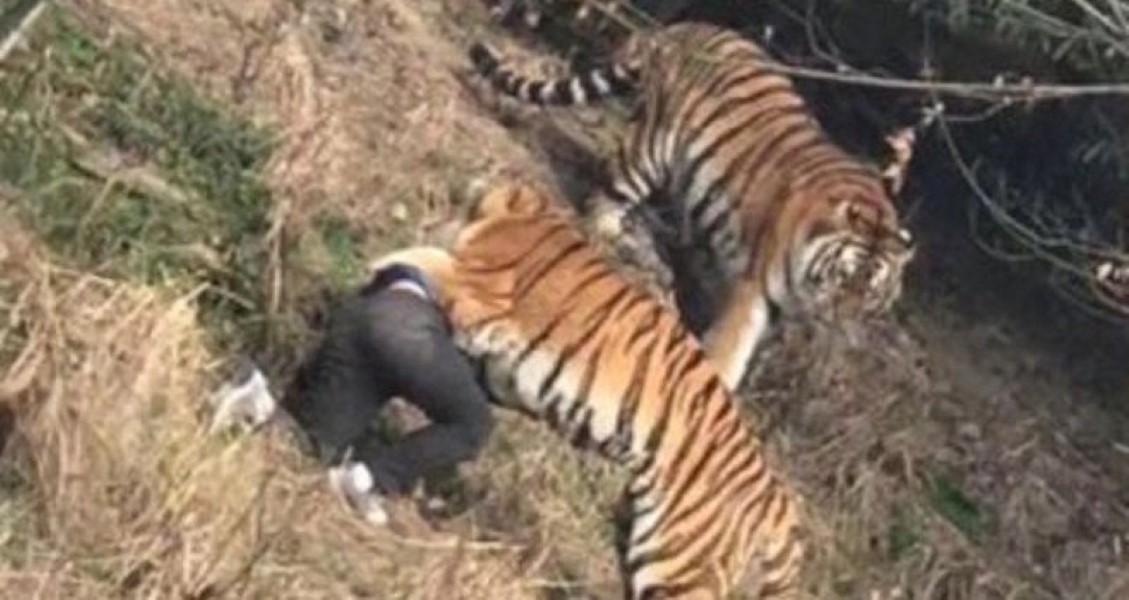 Warning: This may distress you…