It’s called ‘Mirror Box‘ and it’s by a woman called Milo Moire. She’s a self-described ‘conceptual artist, painter, art-amazon and psychologist’. It’s art. Modern art, if you like. But what does it look like? Well, just like a gang of slavering old dudes grabbing a woman’s cans and getting in her pants. 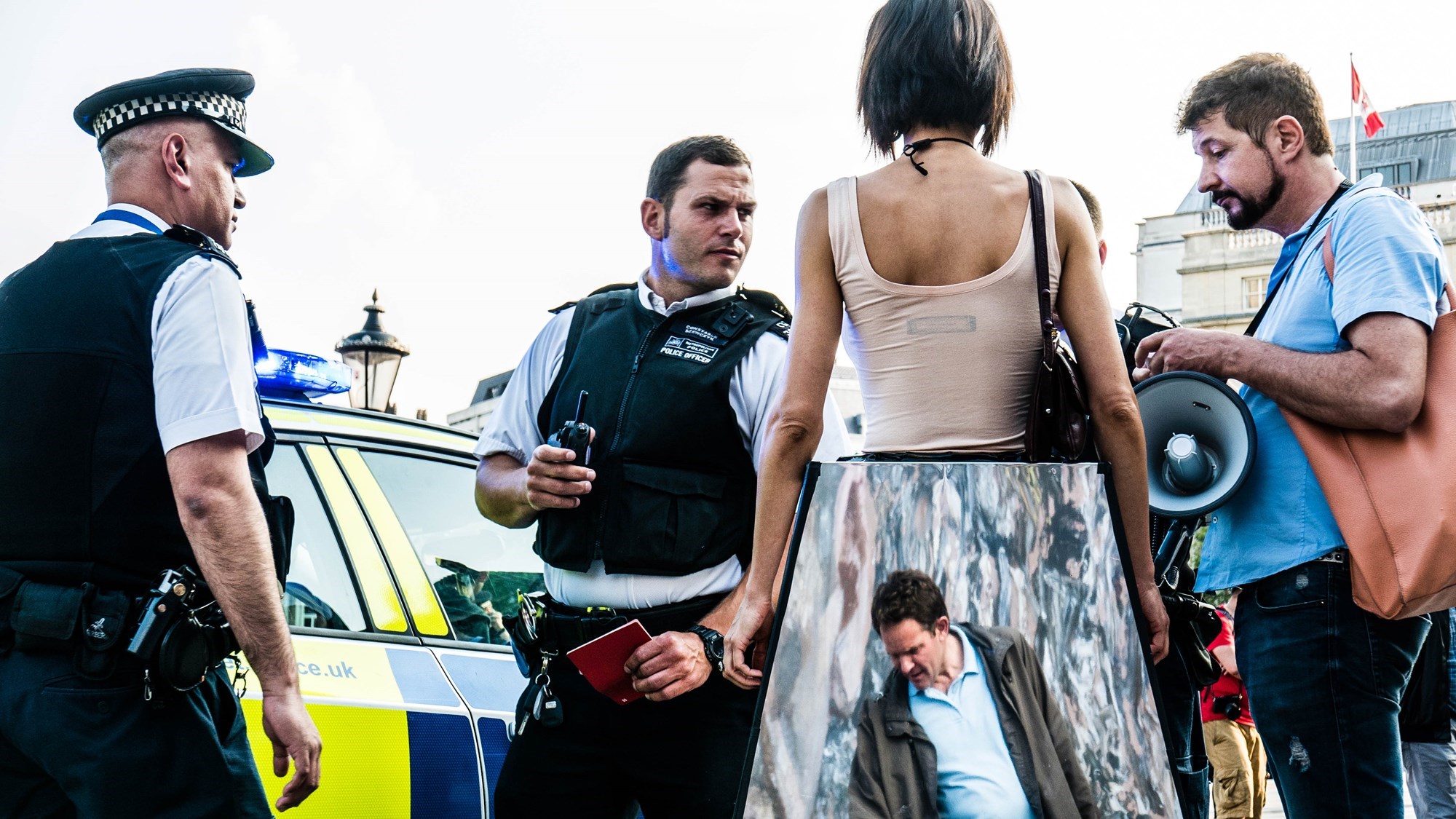 Here’s what she says about it:

“I am standing here today for women’s rights and sexual self-determination. Women have a sexuality, just like men have one. However, women decide for themselves when and how they want to be touched, and when they don’t.”

And it led to her arrest… 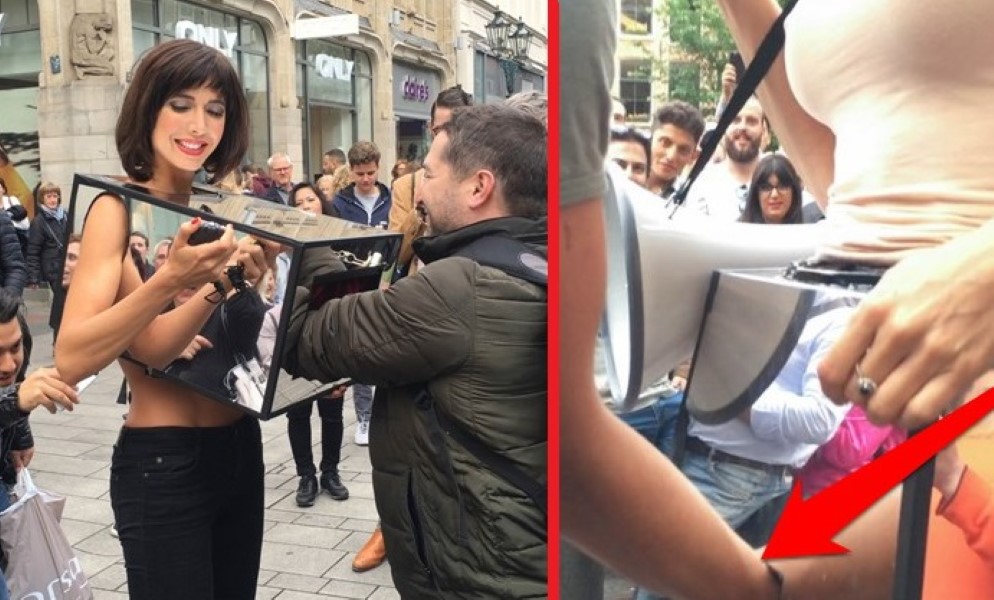 Is it art? Or is it just a people fondling a woman on a street? Who knows… Make your own minds up: