Scientists across the world are said to be baffled by this footage that has recently come to light on YouTube. In the footage, what appears to be an alien being is spotted squatting on a rooftop. It appears to be completely naked and has a weird, bright pink pallor to its skin. It also has a long slender neck and a strange shaped bald head. This slenderness has led some people in the paranormal investigation community to speculate that the strange being is not an alien, but is in fact the elusive ‘Slender Man’ – a mythical nightmare creature that was invented on the internet way back in the mists of time (2009). 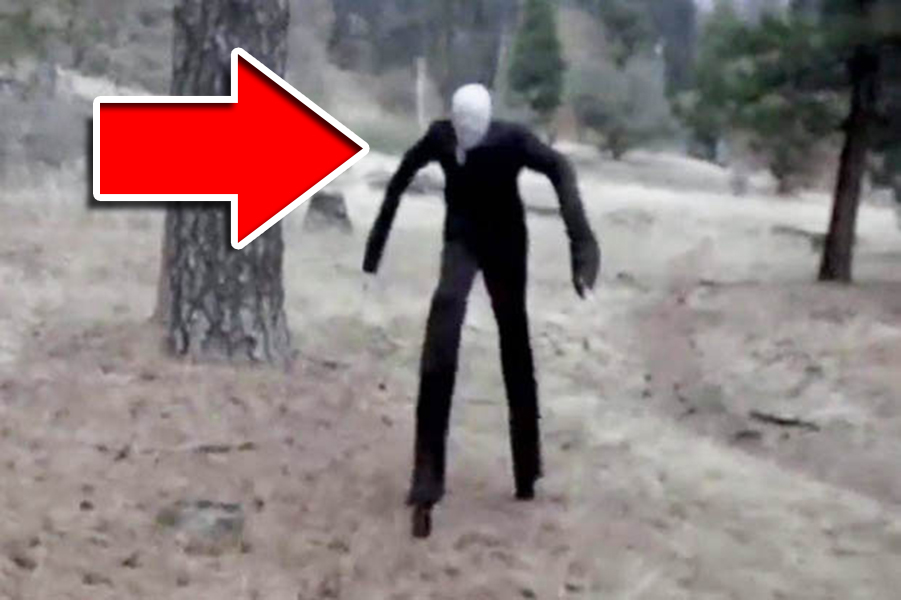 “Well it could be the Slender Man if he wasn’t a made up character,” says an expert in the paranormal who we definitely contacted about this. “My guess is it’s either an alien from outer space or some nude dude who gets his kicks out of squatting on strangers’ roofs. It’s a mystery that will probably never be solved.”

The Thug Bible has contacted the rapper 50 Cent – who is a paranormal investigator in his spare time – for comment. Watch this space.