Her name is ‘Voodoo‘ or, as she’s known to most people, Alex Torres. She’s a A French-Canadian ‘adult performer’ and she loves skydiving. And s*x. And getting paid to have s*x. So she thought she’d combine all of her hobbies and get it on while skydiving. So her and her boyfriend went right ahead and did it…

“My adrenaline was rushing. I was so excited. I was pumped. I was ready for it. They investigated whether we distracted the pilot,” she says. “I could have gone to jail for being topless on the Tarmac.”

The FAA (Federal Aviation Authority) investigated it and it appears that no charges are being brought against Torres or her boyfriend. But, as she admits, had it been proven that they’d distracted the pilot, they could have been in serious trouble. 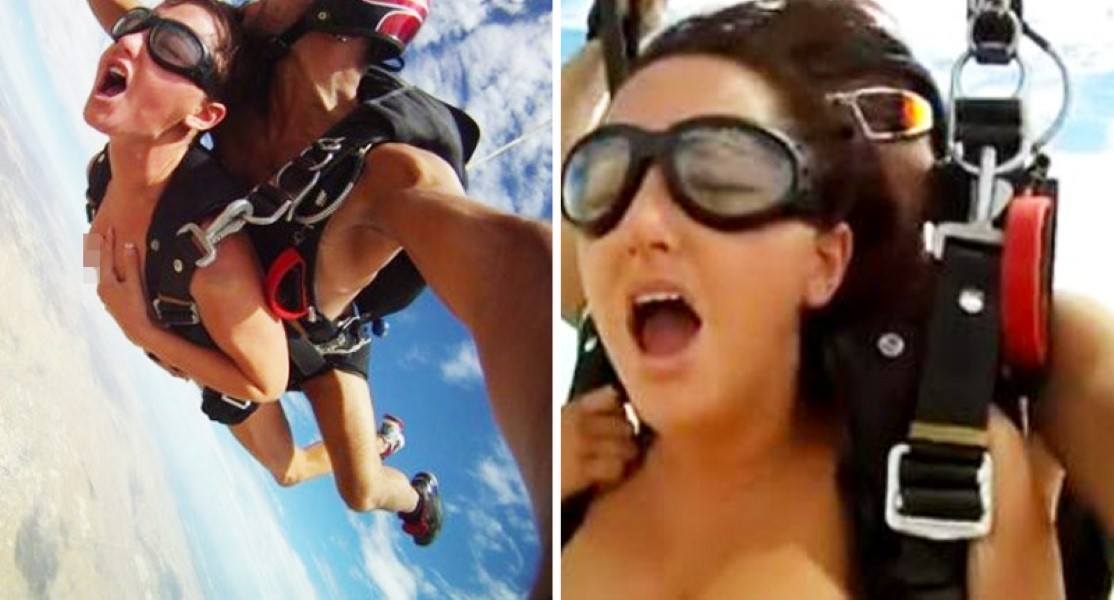 I’ve done it in the living room. Does that count as risky…?