The video clip we’ve got for you here shows a scene of what can only be described as ‘total carnage’. It’s a huge ol’ fight and it’s kicking off BIG TIME. There are dudes and girls involved and one woman decides to get amongst in, front and centre.

As she steams in and starts throwing hands, a dude comes out of nowhere and decides to end her rein of terror. He picks her up and choke slams her. BIG TIME.

Is he right or wrong to do so? Many people are ‘equal rights, equal lefts’. We might argue he’s overstepped the mark. You’ll have to see what you think… 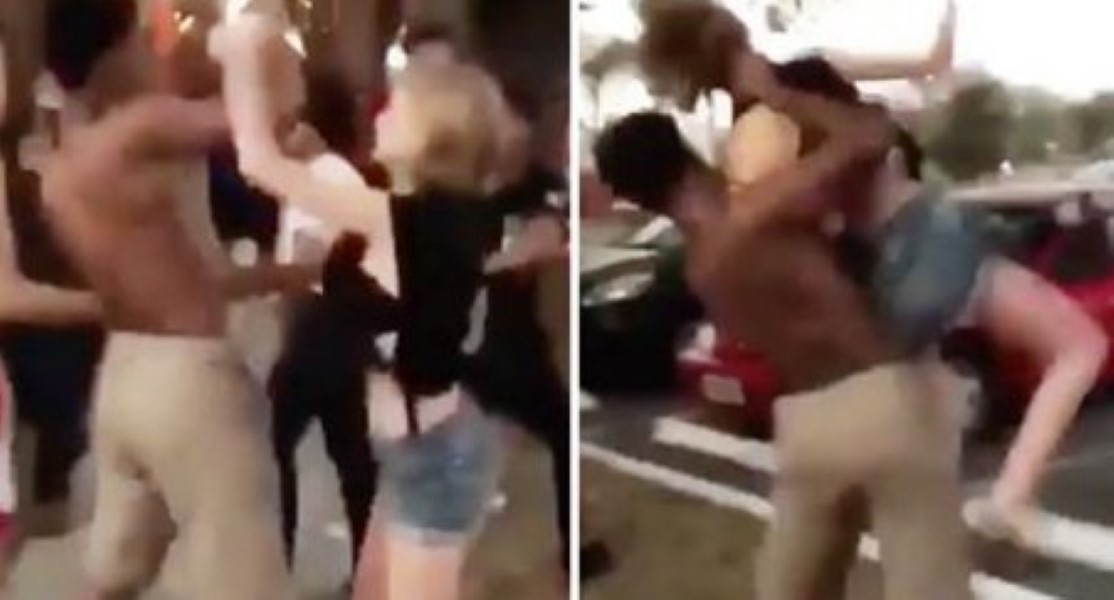 Savage. Here it is: