Josh Neer is one tough guy. The UFC fighter, a Brazilian jiu-jitsu expert, boasts 38 victories with 18 of them ending with a knockout. He’s also known as The Dentist, because his punches are said to be so hard that if you were to receive one your teeth would fall out. Not the guy you’d want to end up in a fight with, right? 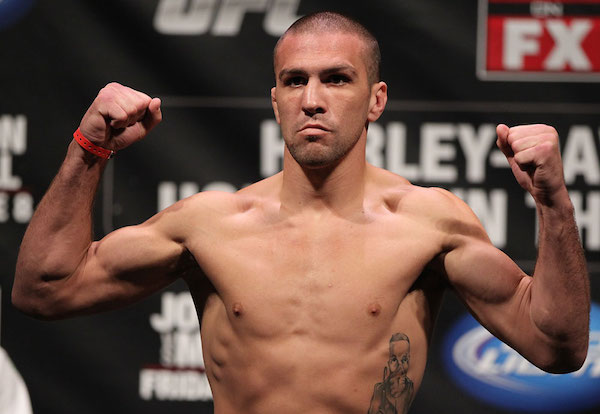 Enter Patrick Martin. Martin is a professional troll. He has allegedly been targeting MMA fighters for months now, trying to bully people who beat one another up for a living! Recently, he got in contact with Neer challenging him to a fight. However, rather than ignore Martin as the other fighters had done, Neer called his bluff and arranged for the pair to battle.

Bad move. Martin turned up at Neer’s gym, and swiftly had his a** handed to him on a plate. As you can see from the video, Neer (7 inches shorter and 50 lbs lighter) makes light work of Martin, who hopefully in future will think twice about laying down the gauntlet to professional fighters.

The question on everybody’s lips is, did Neer take things too far? Martin was clearly beaten, yet The Dentist continued to rain blows down on his head.