Alright, we all know about Kanye West, don’t we? We all know what he’s about and the kind of crazy sh*t that he gets up to. The man’s a lightning rod for controversy, he always has been. His career has been nothing but non-stop controversies. He’s racked up plenty of enemies and foes in his time in he music business. And he’s gathered them all together, stripped them all butt-naked and climbed into bed with them all. Well, it looks that way, anyway.

What are we rattling on about? The dude’s new music video. It’s for his new track ‘Famous’ and it’s causing quite a stir indeed. In fact, it’s all anyone in music – and the rest of us – can talk about. 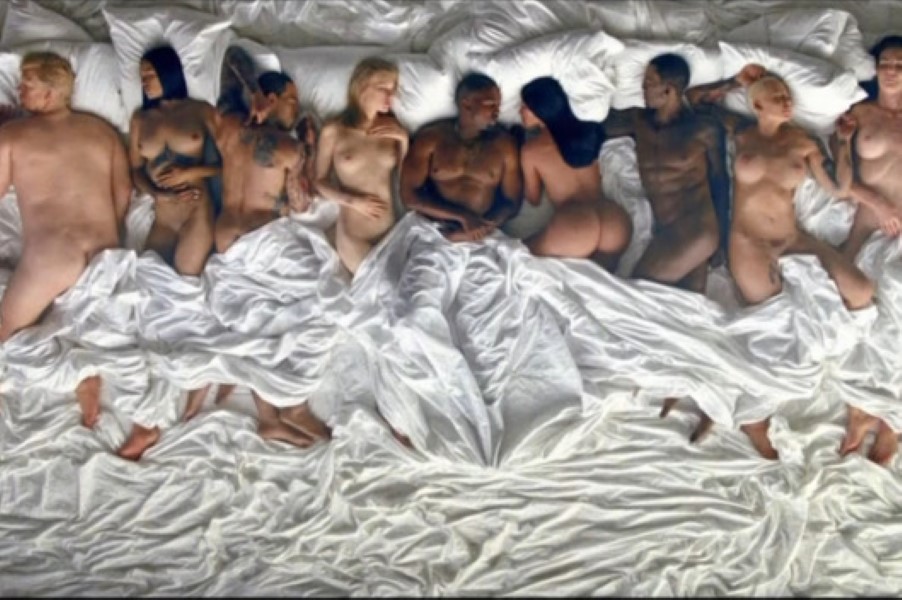 It’s a strong image, huh? See, we told you this video was upsetting people. He’s not exactly holding back here, is he? But, according to the man himself, it’s not just sleazy, it’s art, baby. Oh yeah.

Kanye reckon that no disrespect is intended. ‘It’s not in support or anti any of the people in the video’, he claims…

Where did Mr. West get his inspiration from? Well, from a Vincent Desiderio painting, apparently. 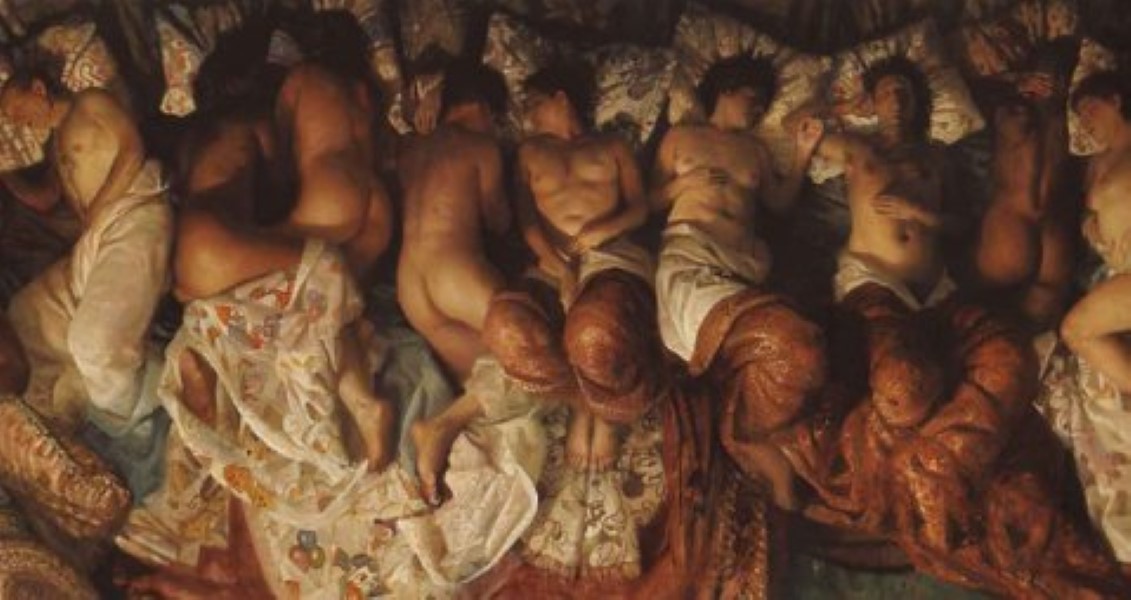