Tyga has been left embarrassed after being served legal papers at a party celebrating the release of his own design of sneakers! The ‘Bedrock’ rapper is no stranger to the law, having been sued twice before, and it appears that money is at the center of things once more!

Tyga, who is rumored to be dating Kylie Jenner, was throwing a release party for his exclusive design for L.A. Gear at Shiekh Shoes in Hollywood when he was served with the papers. 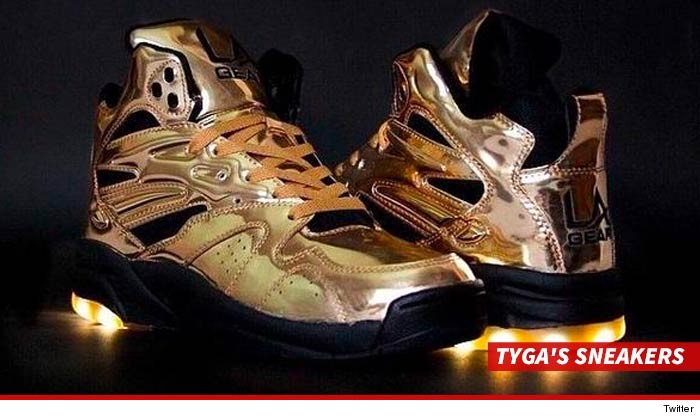 The process server waited in line for two and a half hours to buy two pairs of the sneakers, asked Tyga to sign them for him and even asked for a photo, before handing over the legal documents! As he left, the middle aged man told Tyga that it was a summon for him to appear in court because “he’s not paying somebody.”