We’ve told you about Tyrone Jones before. But for new visitors, he’s a guy who films himself telling people that he’s going f**k their wives, “long dick style.” Seriously.

However, Jones’s exploits have landed him in a spot of bother, recently. A video has emerged showing the prankster taking a beating, after he approached a group of eight men and shouted his infamous catchphrase. One of the group lands a fierce right hook on Jones’s jaw, before a melee between the men and Tyrone’s entourage starts. The video, which is only 14 seconds long, ends before we can find out what the outcome of the brawl was.

This is not the first time that the Jones’s exploits are rumoured to have landed him in hot water. Back in 2015, reports suggested that he was shot by another one of his victims. However, he vehemently denied this on Twitter, writing:

“Cot damn! #RUMORS gone wild! I’m in north Philly (Philadelphia), how the f**k imma get hit in Texas, dumbo! Word in the hospital that Tyrone got hit! Mannn please once again ya’ll sound foolish! What I look like gettin caught slippin! Only thing I’m slippin in is ya wife life! Durag and bandana underneath my bandaid!”

Watch the video below. 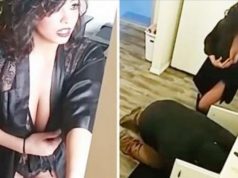 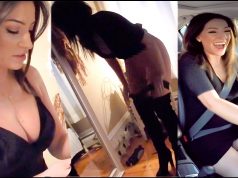 Vibrating Panties Prank On Girlfriend! Orgasm In Front Of Mom!