Breaking Bad creator Vince Gilligan has called on fans of the show to stop throwing pizza onto the garage of Walter White’s former home. A number of mischievous fans have been recreating the famous scene, where a frustrated White, played by Brian Cranston, chucks a takeaway pizza onto the roof, at the house where the series was filmed. 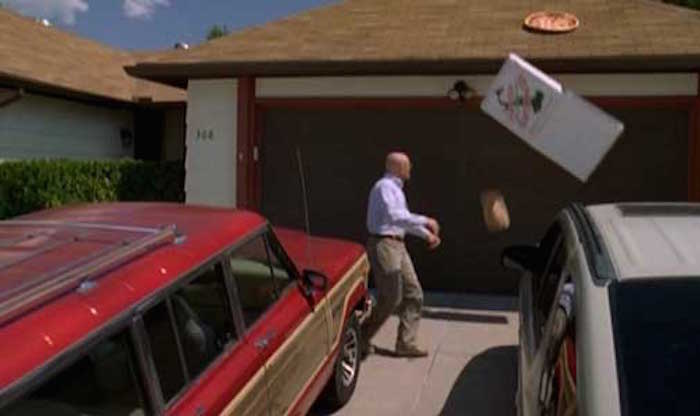 However, the property, situated in Albuquerque, New Mexico, is now occupied by a couple who regularly have to remove pizza from their garage roof. The pair are fine with visitors, a necessary consequence of buying a house made famous by a television show. However, they are sick of trespassers recreating the scene. 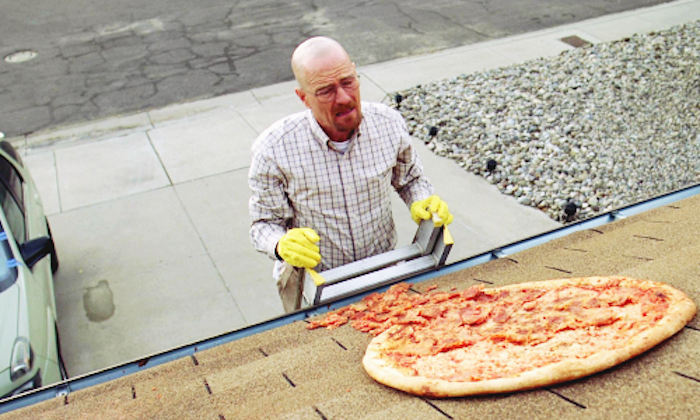 And now, Gilligan has appeared on the Better Call Saul Insider Podcast pleading with the pizza chuckers to stop. (Skip to 3:15)