We’ll start off by saying that we ain’t cool with men hitting women. Ordinarily. Dudes shouldn’t hit their wives or girlfriends and even if something does kick off – you should really get the Hell outta there.

But sometimes? Sometimes, when you’re backed up into a corner and someone – anyone – is assaulting you… There’s only one way out. Kill or be killed-style. Some people say ‘equal rights, equal lefts‘. We don’t know about that, but ‘Act Like A Man, Get Hit Like A Man‘ certainly makes sense.

This fight here breaks out in a Baltimore restaurant and two women are right up in the grills of two guys. Now, they’re all probably drunk or high and undoubtedly scummy types… But it’s hard to really say that the women didn’t deserve what they got. 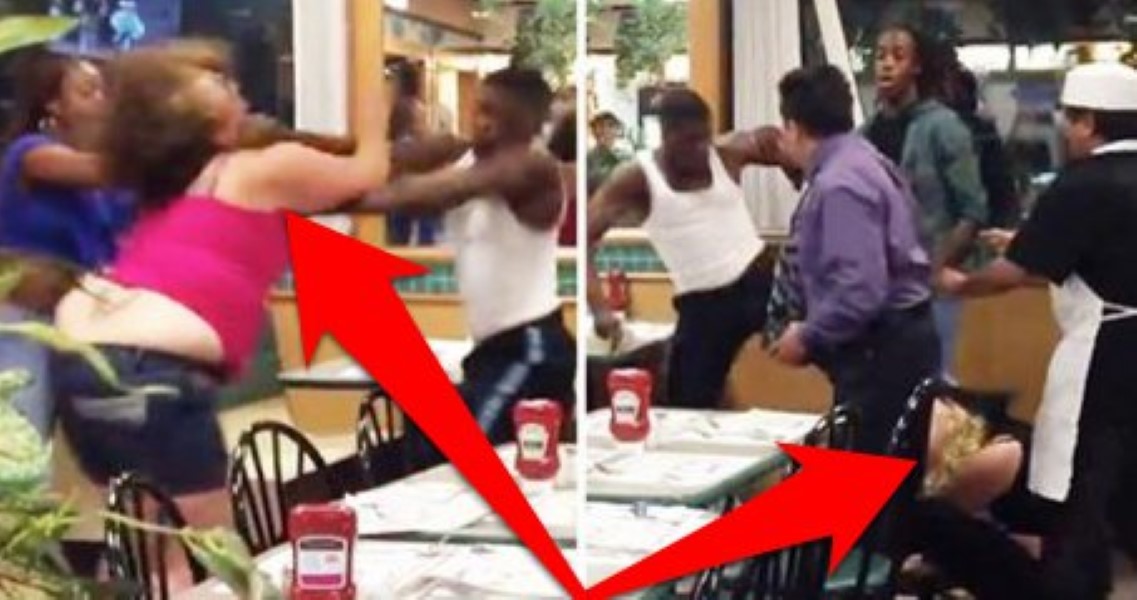 It ain’t classy, but it’s certainly something. Check it out: