An Italian garage attendant has hit the headlines after writing off a customer’s $450,000 Ferrari 599 GTO! The man was delivering the car to it’s Dutch owners, who had taken part in a meeting of Ferrari enthusiasts in Anzio, south of Rome, when he mistook the accelerator for the brake peddle, smashing it into a shop front. The attendant, Roberto Cinti, was supposed to be taking the vehicle the short distance to the Hotel Exedra, where the owners were staying.

“I got confused – instead of the brake, I pressed down on the accelerator,” a mortified Cinti told police officers at the scene. He was treated in hospital for minor injuries and shock. 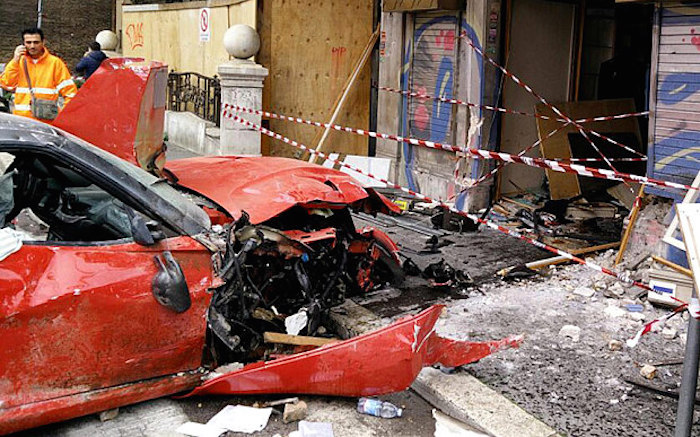 Powered by a V-12 engine, the Ferrari 599 GTO has a top speed of more than 200mph, and travels from 0 to 60 mph in three seconds. You can see why Cinti was treated for shock! 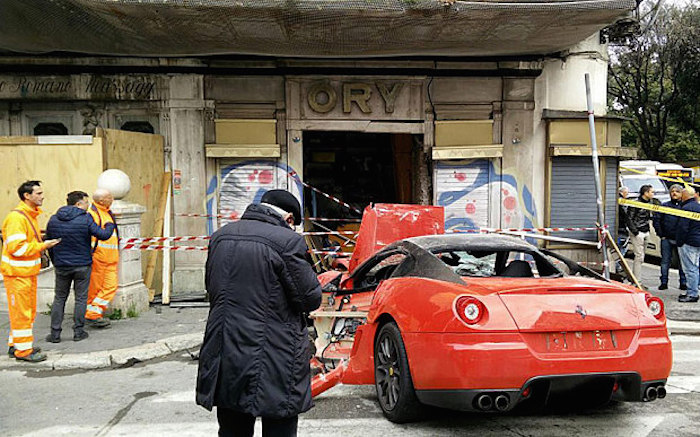 The identity of the Dutch owners has not been revealed and their reaction to what happened is not known. I should imagine they no wish that they picked up the car themselves!

This is how the vehicle looked before the accident: 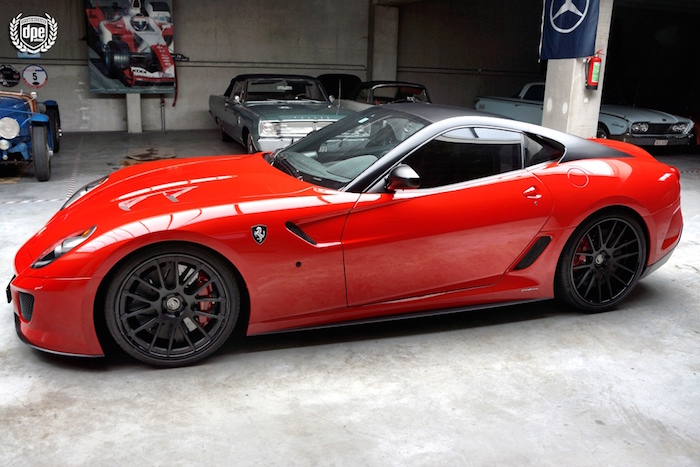