When you call a Rottweiler ‘Rocky’, you’re kind of hoping that he turns out a bit of a tough guy. Pregnant Kasha Marie Weston did just that but was still quite relieved that Rocky grew up to be a good dog. Obedient and friendly, he was the perfect pet. A real gentlemen.

But there’s a harder side to the dog. He doesn’t take any nonsense and that was proven when armed thieves broke into the house and held Kasha at knifepoint. The gang pounced in the town of Gravesend, Kent, England, thinking the place a soft target. But they didn’t reckon on the mighty jaws of Rocky… 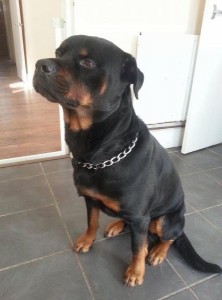 This is what went down, in Kasha’s own words:

“Aryan and I were in bed, with Rocky fast asleep on the floor next to us. Suddenly, there was a loud banging on the front door.

Rocky shot straight out the room, barking madly. He wouldn’t calm down and we were worried he was going to wake the street, so we put him in the bathroom.

We opened the door gently and as we did a gang of four men burst through. They shouted, ‘Where’s the money?’. We didn’t know what they meant.

One of the hooded men grabbed me by the arm and held the knife to my throat.

Aryan grappled with the other three and I could hear Rocky going mad in the bathroom. I begged them to leave us alone I thought they were going to kill us.

But then Rocky crashed out the bathroom and came bounding over. He sprang to our defense and bared his teeth at the intruders.

They were terrified and ran out the front door but Rocky was hot on their heels.” 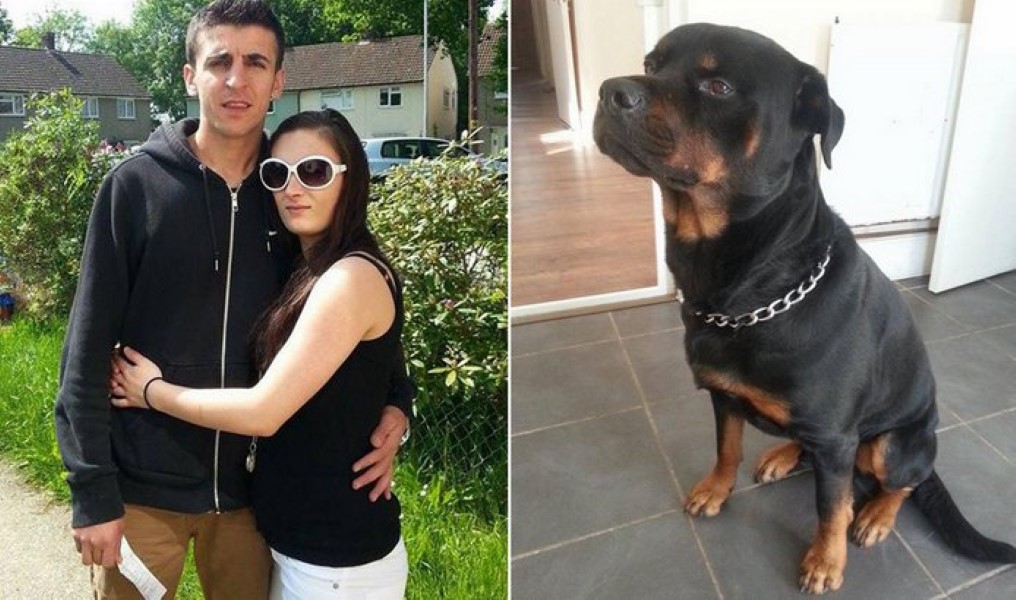 “He was saying, ‘I’m sorry,’ and Rocky was growling. Aryan held onto him and the police arrived.

Who knew what would’ve happened if he hadn’t been there? Over the next few days, he didn’t leave my side.

He’d even tenderly nudge my bump with his nose. It was as if he was telling the baby not to worry either.”

Now that is one incredible Rottweiler. Good boy, Rocky!