According to reports, a remake of Brian De Palma’s 1983 classic Scarface has been agreed, with the film to be set in modern day Los Angeles rather than 1980s Miami. The Hollywood Reporter has revealed that Universal has commissioned Straight Outta Compton screenwriter Jonathan Herman to pen a new version of the gangster epic. Chilean filmmaker Pablo Larrain has been slated to direct the new version, while original producer Marty Bregman is also said to be involved. 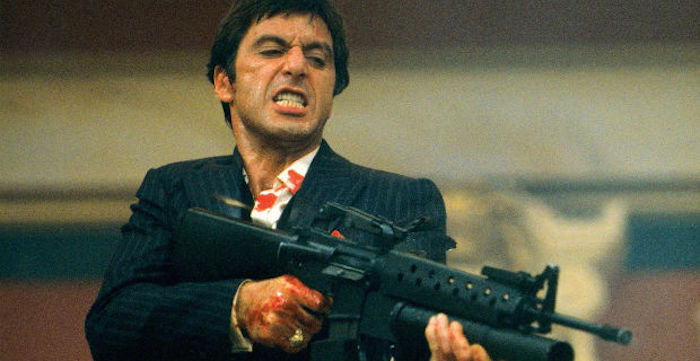 It’s safe to say that we are more than worried about this news. De Palma’s cult classic is one of the greatest films ever made, and Al Pacino’s performance as anti-hero Tony Montana is legendary, and surely cannot be matched, let alone bettered? Besides, history has told us that remakes of classic movies usually suck – Gus Van Sant’s laughable version of Psycho comes to mind.

Ironically, the De Palma version of Scarface was itself a remake of Howard Hughes’s 1932 biopic of Al Capone. It was also far superior to the original, so perhaps the new version will, against all odds, actually improve upon the 1983 classic. Or perhaps it will be a complete flop, and will leave us wondering why they even bothered. We’re hoping for the former, but, sadly, expect the latter.