School fights. They’re as old as, well, schools. Since kids have been crammed into buildings, they’ve had fights in corridors. It’s inevitable. The biggest trouble for kids nowadays? Cameras built into cellphones mean that footage of those fights often ends up on the internet.

But these clips can work as lessons to the rest of us. Like with this short video of a school fight here? It’s a perfect demonstration of just why the sucker punch is a cheap shot and should be avoided.

Often these ‘out of nowhere’ strikes can end a fight almost as soon as they’e started one. But not here. The black kid unloads a sucker punch on his schoolmate, but it goes BADLY wrong! 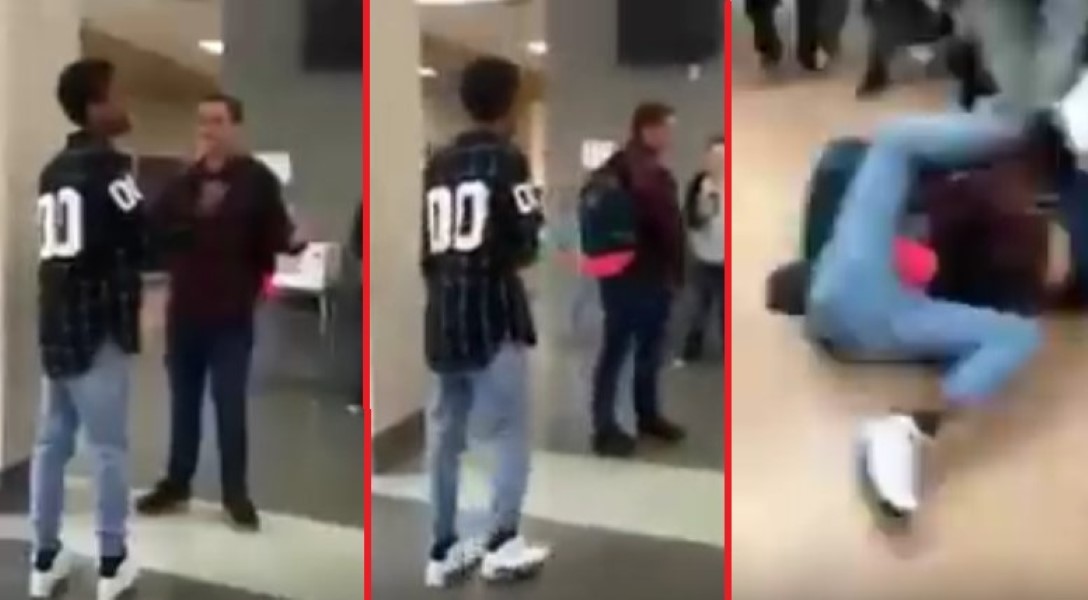 It’s hipster WAR. Check out what goes down when cheap sucker punches are the order of the day…