A recent study has found that weed is by far the least risky drug. The report, published in the American journal Scientific Reports, revealed that alcohol is as much as 114 times more deadly than cannabis. To get the figures, the scientists took the estimated typical intake of each drug and compared it with the lethal dose. They discovered that alcohol was the most deadly drug, followed by heroin, coke, tobacco, ecstasy and meth. Weed was at the bottom of the list, by a massive margin. 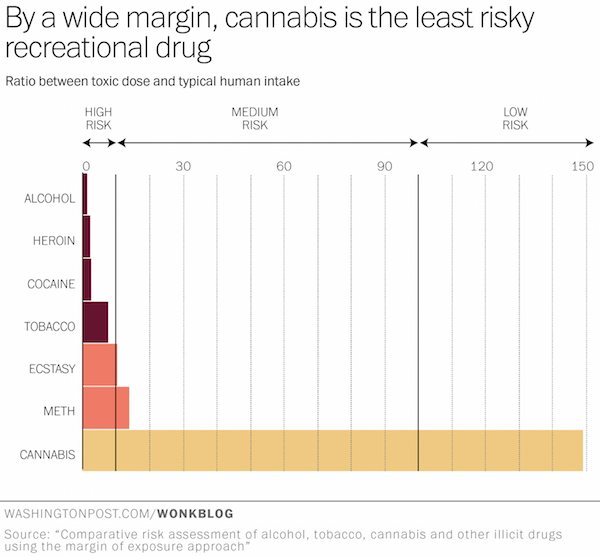 The study revealed that weed is significantly less harmful, and alcohol significantly more harmful, than scientists previously believed. The drug was the only one of those tested that posed a “low risk,” with the majority of users smoking only 1/150th of the amount needed to kill them. 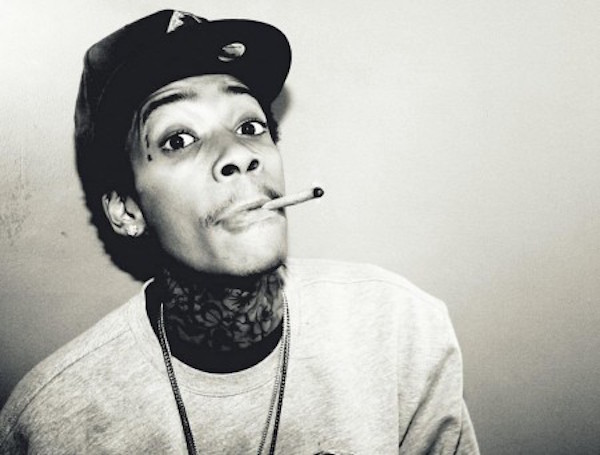 The report follows comments made last year by Wayne Hall of the World Health Organization. Hall claimed that it was practically impossible for someone to overdose on cannabis.

“The estimated fatal dose [of THC, the primary active compound in marijuana] in humans derived from animal studies is between 15 and 70 grams…This is a far greater amount of cannabis that even a very heavy cannabis user could use in a day.” 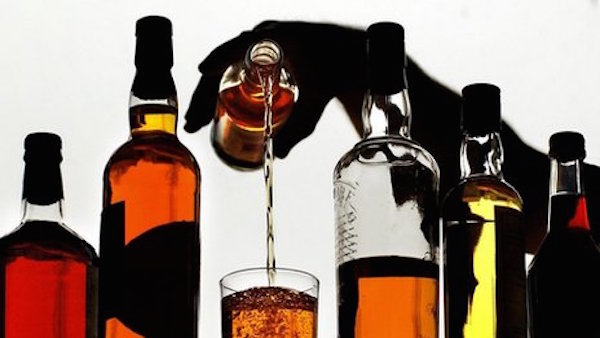 The study will provide more ammunition for those who want marijuana legalized. Indeed the report suggests that their figures “suggest a strict legal regulatory approach rather than the current prohibition approach”.