Alright, so the other dude isn’t all that skinny. He’s buffer than most us, isn’t he? But he’s positively stick thin compared to the hulk he’s fighting. The bodybuilder apparently laughed off the other guy’s chances here…

The big dude ain’t got the skills or the speed or the precision. His bulk has him tiring quicker and the other guy just picks him off. This does NOT go the way the big fella thinks.

Plus – listen to all the grunting. The ‘roid rage is insane here! 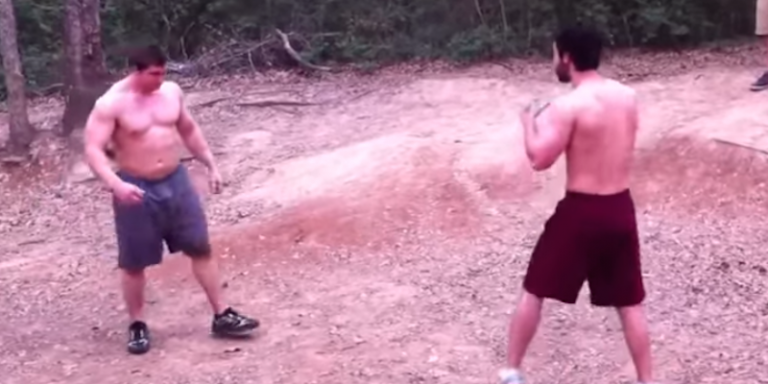