After a few too many beers, and sensing that the party was starting to go flat, these guys attempt to turn things up a notch. The pair decide that one of them should bust down the door of his girlfriend, who had apparently passed out earlier in the evening. So, our hero takes a chug of his beer, hands the can to his buddy, and then runs full pelt at his other half’s bedroom door, lifting the thing off of its hinges! 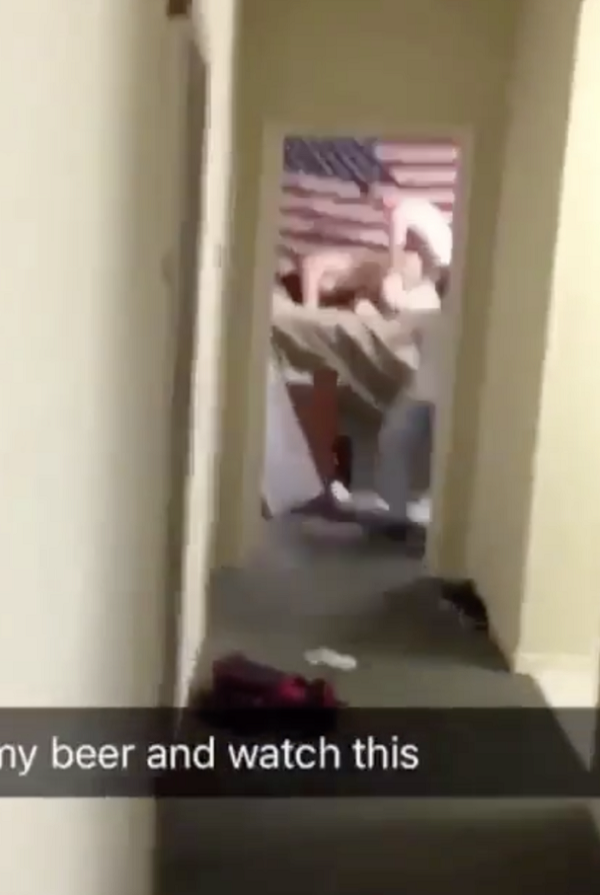 However, his girlfriend was not passed out on her bed. Upon bursting into her room, this dude discovers that his significant other is actually being nailed from behind by some random guy she hooked up with at the party. Yep, she was getting down and dirty with matey boy whilst her boyfriend was partying just outside. 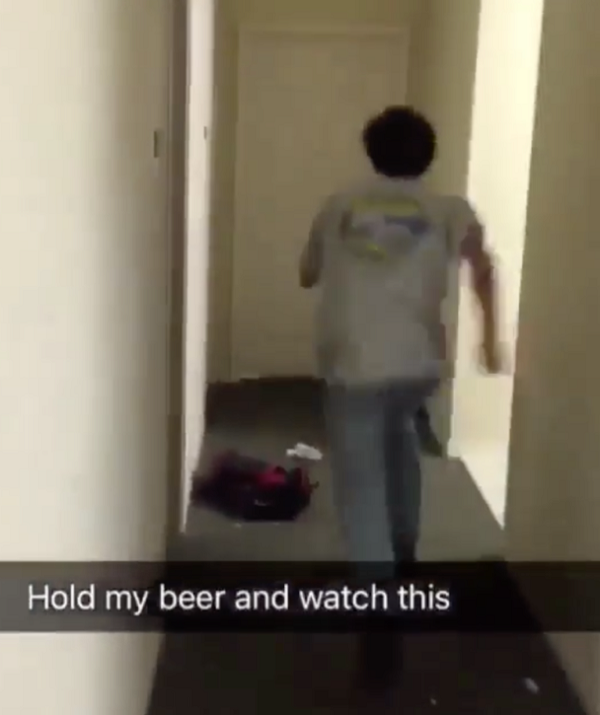 The poor guy. Not only are his feelings hurt, but that explosion through the door is going to have left a few bruises!

Watch the video below…