They say that a dog is a man’s best friend. Well this was certainly the case when these hot twins decided to livestream themselves. Armed with guitars and ukeleles, the pair were looking to showcase their musical talent one evening by going live on Facebook. That’s the beauty of livestreaming. Anyone, anywhere, can perform live for their fans, and hope to get the attention of a record company man in the process! 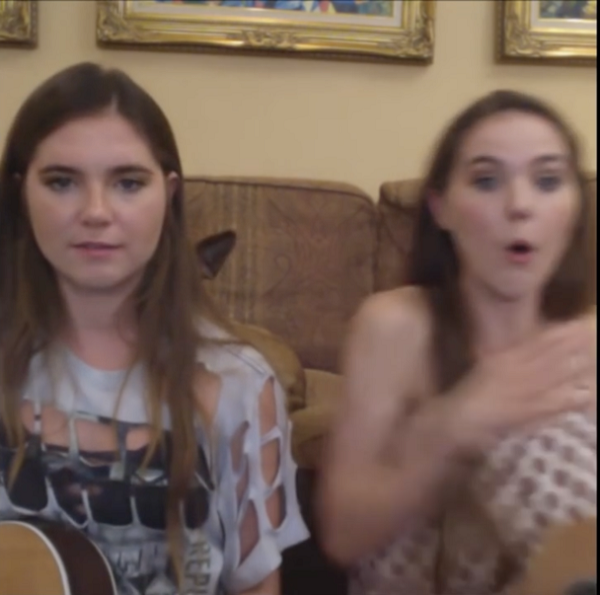 However, this stream didn’t quite go according to plan. Not long after they went live, the twins’ pet dog tries to get in on the action. The little pooch decides to crawl onto one of the girl’s shoulders, and starts to lick her hair. However, when the crafty canine stepped onto the girl, he accidentally pulls down her top, exposing her nipple for all of her fans to see. And, what’s worse, she doesn’t even realize it’s showing for a good 30 seconds! 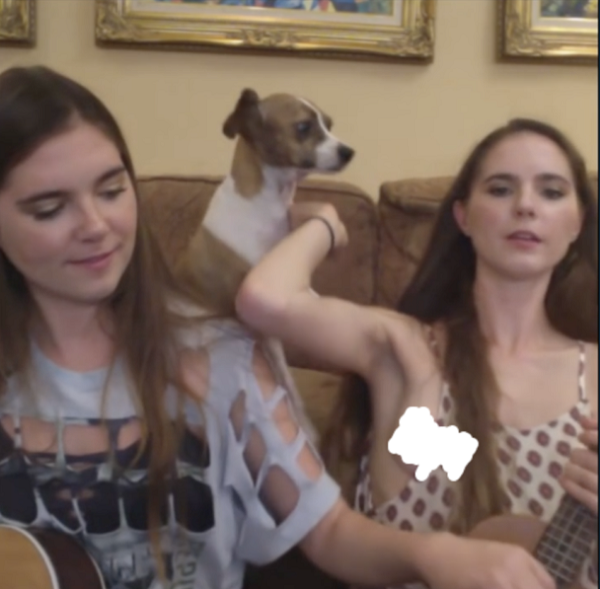 Incidentally, the girl in question has quite a few claims to fame. Firstly, she was childhood friends with Kendall and Kylie Jenner, and made short videos with the pair. Secondly, her parents run a vegan website, as well as the YouTube channel VegSource. The entire family is vegan. Thirdly, she featured in a Justin Bieber music video!