One of my pet hates about social media is the hordes of wannabe models who upload countless photos and videos of themselves pouting and trying to be sexy. It seems that you can’t open Facebook or Instagram without being inundated with image after image of some half naked chick flaunting her assets.

So I was delighted to read about the woman whose “sexy” live stream backfired after she was ambushed by a cockroach. The classy lady was writhing around, rubbing her boobs and p***y, when all of a sudden, the bug crawled out of her bra, and scuttled across her chest. 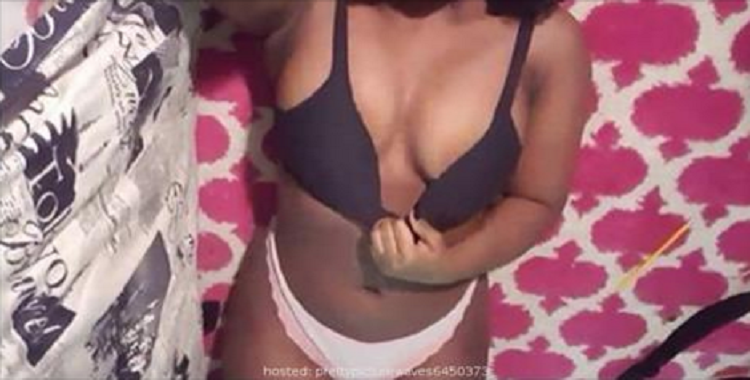 It seems that the woman doesn’t even notice the insect – which appears about 6 seconds in – as she doesn’t react in the slightest. Or she was so embarrassed that she tried to ride it out!!