The dad in this clip, it’s fairly safe to say, is pretty angry. Why? Well, it turns out that a couple of guys from the neighborhood ran a train on his daughter. Now that’s enough to make any father unhappy, right?! Right.

We’re hoping he had a go at (though didn’t knock out) his daughter too. She was involved, dammit. But it’s the guys he holds mostly responsible. And he lets them know. We get the impression he sparked one dude out inside the house before the camera started rolling.

And the second? He gets KO’d with one punch outside. DAD JUSTICE! 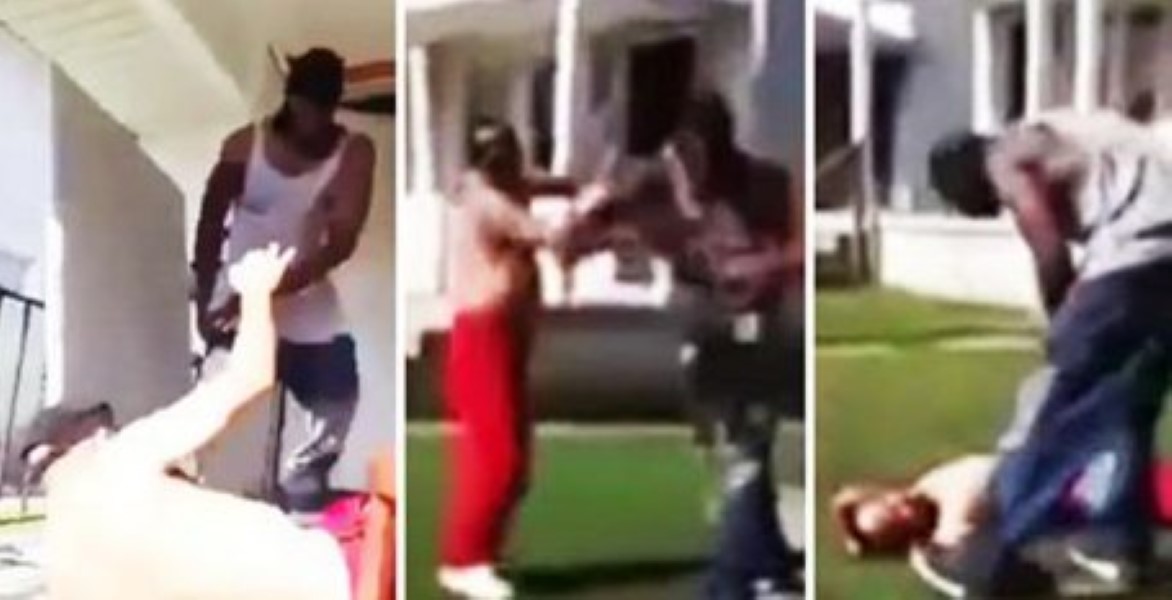 Here’s how it went down: