Oh, Kim. Kim, Kim, Kim… Never able to stay out of the spotlight for more than a second and only able to catapult herself back into it but flashing some part of her – admittedly fine – body. It’s not much of a career that Kim Kardashian has, but dammit, the girl is a millionaire.

Alright, so marrying a rap star who sells millions of records like Kanye West probably helps, but still. You could argue that now she’s got a couple of kids in tow that Kim Kardashian might act a little more demurely.

But nah. not of that. She’s still shaking her ass and showing her cans off. As demonstrate in this latest leaked photograph… 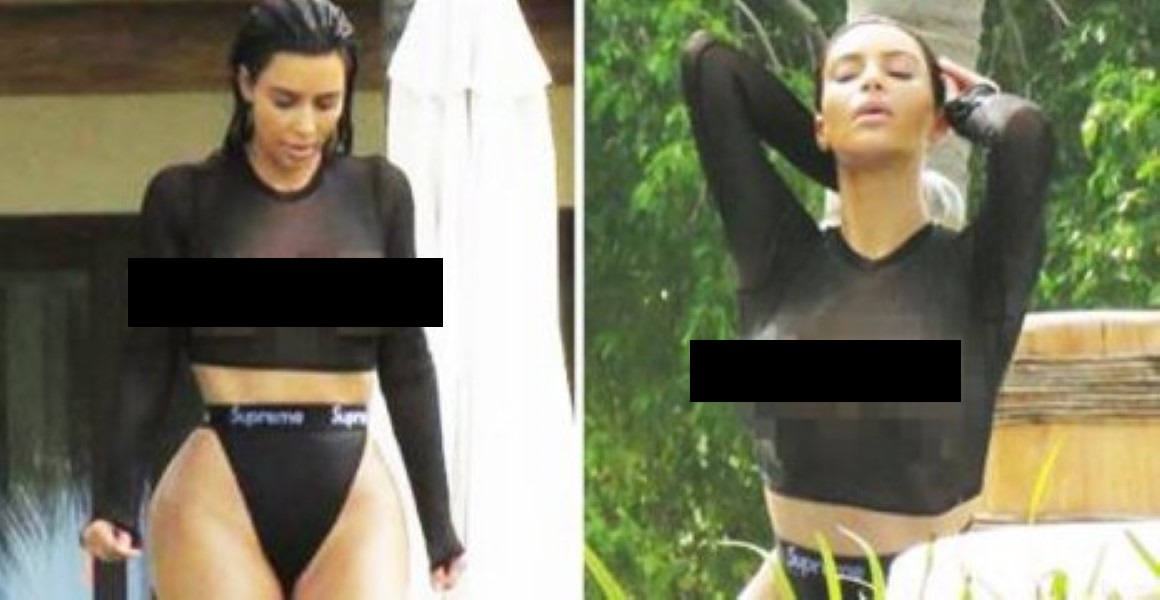 Okay, so you want to see the real snaps? Fair enough. Here ya’ go: 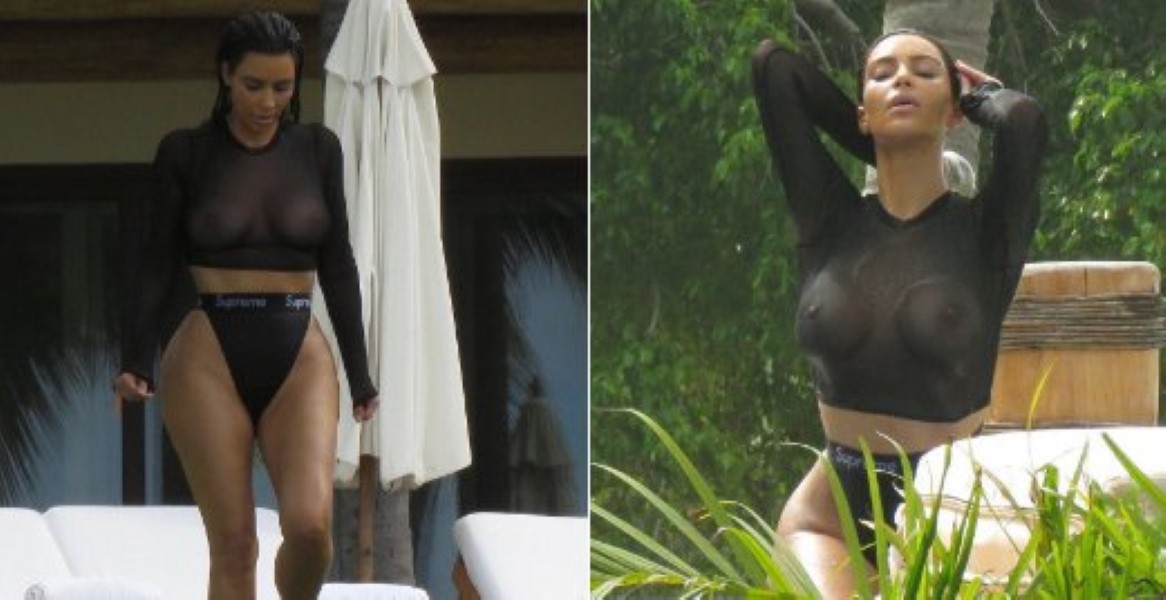