It’s the big new thing. The new fad that’s sweeping the beach parties and boozy BBQs of the world. But, it’s not just for the youngsters, it seems… It’s called ‘Boob Luge‘ and it’s a drinking game. Well, we say ‘game’. There’s no real competition or rules. You basically just get drunk by drinking from a woman’s cans.

Nice and simple. And, like we say, it might attract mostly younger adults on Spring Break or Summer Vacation, but where’s there are cans and fun, why put an age limit on it?! Just ask Cris here and his older friend. They’re upping the stakes and swapping beer for tequila too!

This is all about respect. Cris is respecting his elders, for sure. He just might have taken it a little too far, is all. Still, it makes for a funny damn video! 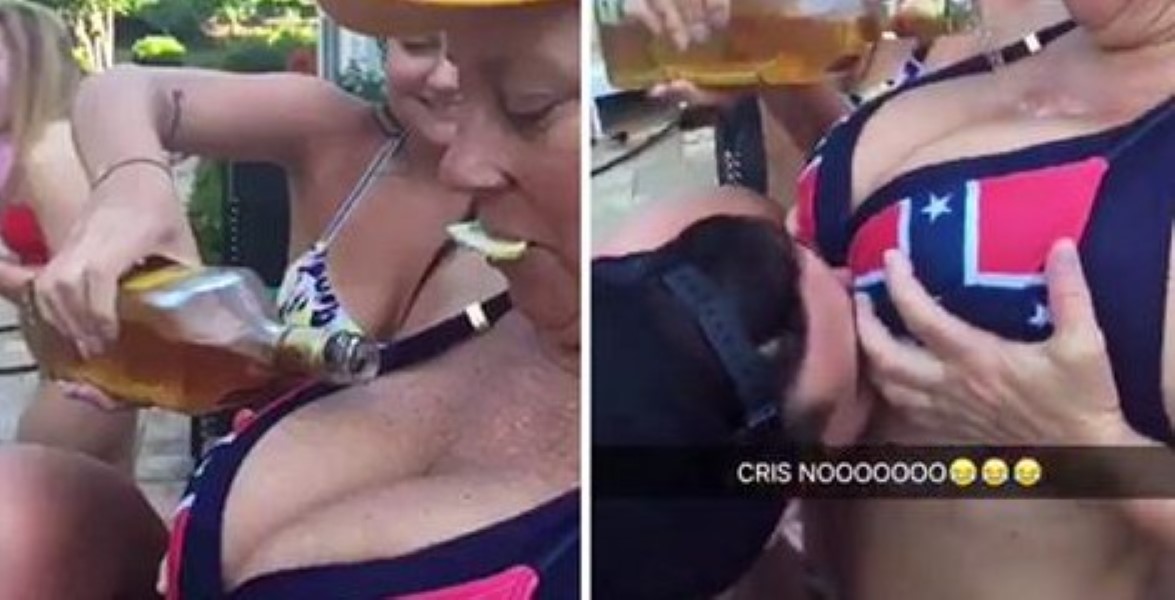