This is the incredible moment that a group of Syrian rebels are blown up in an explosion inadvertently caused by one of them taking a selfie. Footage has emerged showing 8 members of the Free Syrian Army gathered at a safehouse to film what’s thought to be a promotional video for the group, when a member appears to cause an explosion after taking a picture on his cell phone. 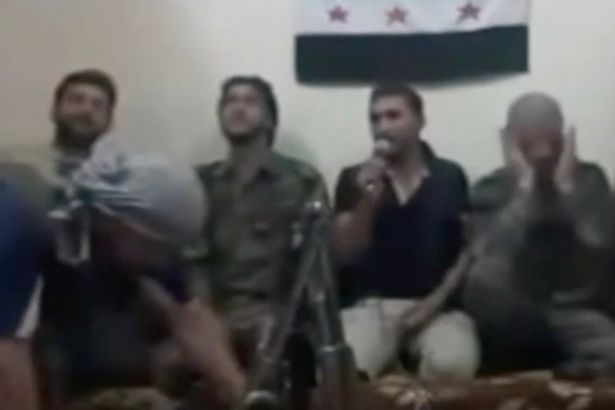 The video shows a member of the Syrian rebel group singing a victory song for the camera, before his friend takes the deadly snap, triggering a massive explosion. It is unclear at this stage if anyone was killed in the incident.

The Free Syrian Army are a rebel group, backed by the US and Great Britain, who are fighting Basher Al-Assad’s dictatorial regime, as well as so called Islamic State.