Meet twelve year old Omar Ibrahim. He lives in Kurdistan with his father. His life isn’t like that of a lot of kids, because his particular part of the world happens to be under threat of attack from the murderous terrorist cult, ISIS. Kurdistan is an autonomous region in northern Iraq, and it is from there that local fighters – known as the Peshmerga – are holding back the barbarians of ISIS who threaten to overrun their lands and subject them to the same brutal regime that they have set up in other parts of Iraq and neighboring Syria.

In his spare time, Omar – along with his dad – is determined not to let that happen. He works with his dad in his dad’s workshop, repairing broken weaponry, such as heavy machine guns, that can then be sent back to the front-line and used against a regime that regularly murders innocent people. 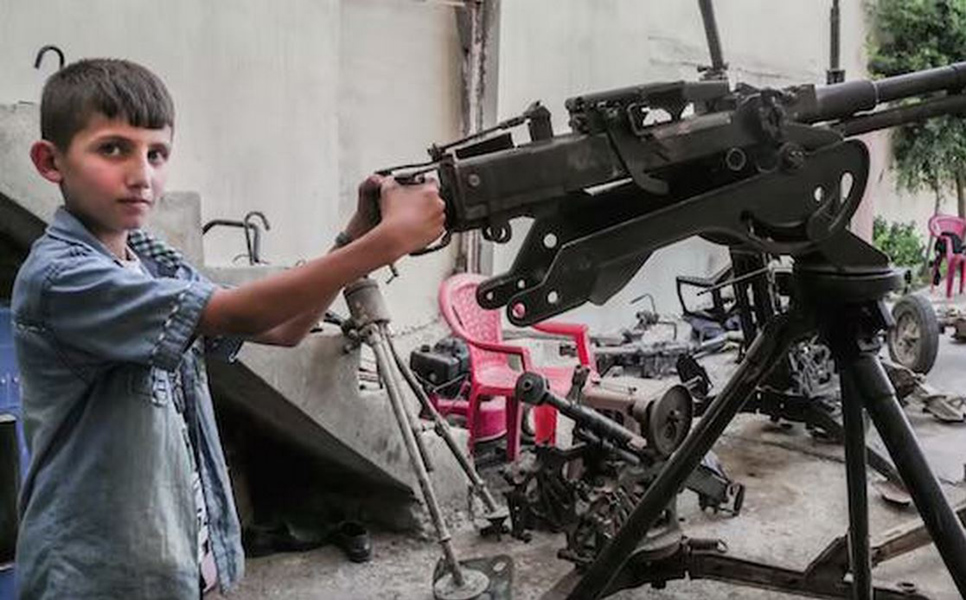 He’s not the only one to help his dead out in this crucial role. Locals from all walks of life drop in to lend a hand, just like the police officer in the following video. Unlike most of us who go home and put our feet up after a hard day’s work, he clocks in at the workshop straight after clocking off at the police station.

This doesn’t look like any sort of life for a twelve year old, but Omar doesn’t mind. After all, he’s fighting for his freedom, his dad’s freedom, his family and friends’ freedom and, indeed, the freedom of his homeland. No wonder he shows such a steely determination to get the job done when so much is at stake. We salute him.