A WWE wrestler was suspended from a recent match after she suffered an unfortunate ‘wardrobe malfunction‘ just as the fight began! Eva Marie had turned up to the fight wearing a revealing red outfit consisting of just a halterneck top and knickers, so it was no surprise when things went awry.

The fight with Irish wrestler Becky Lynch was just about to begin, when Marie’s top became untied, fully exposing her boobs to the audience and TV viewers alike!

Confusion then breaks out as Marie screams and tries to retain her composure. Meanwhile, Lynch can be seen holding her hands to her mouth, and trying to suppress laughter. Panicked, the ref grabs a towel and covers up the red headed wrestler, who then makes a speedy exit, to a chorus of boos from the crowd.

The ref can then be seen shouting to WWE bosses, “She can not compete, OK? We are not going to have the match. She can’t compete.” At this point the match is postponed, much to the chagrin of Marie’s opponent.

Watch the full video below. 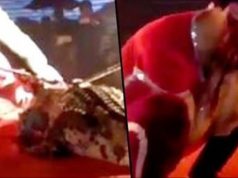 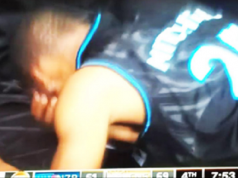 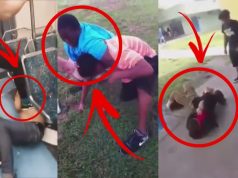 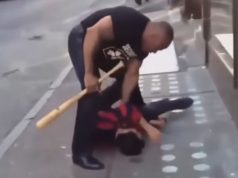 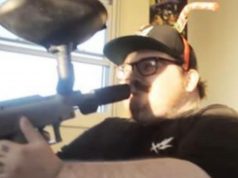