Our action here takes place somewhere in China from the looks of it. We’re in a restaurant and there’s clearly an altercation. A group of girls are arguing. A fight breaks out. It’s five against one. The gang of girls starting beating up the lone girl and it’s getting BAD.

Most people just sit and watch and film it. But then the girl’s brother notices what’s going on and decides to take some action. Some SERIOUS action. He flies in and CLEARS the area. Slaps, punches, kicks… He throws these aggressive girls around like rag dolls.

Did he go over the top? Hard to say. It was his sister. He needed to help and protect her. But he DID kinda kick the sh*t out of all five women! 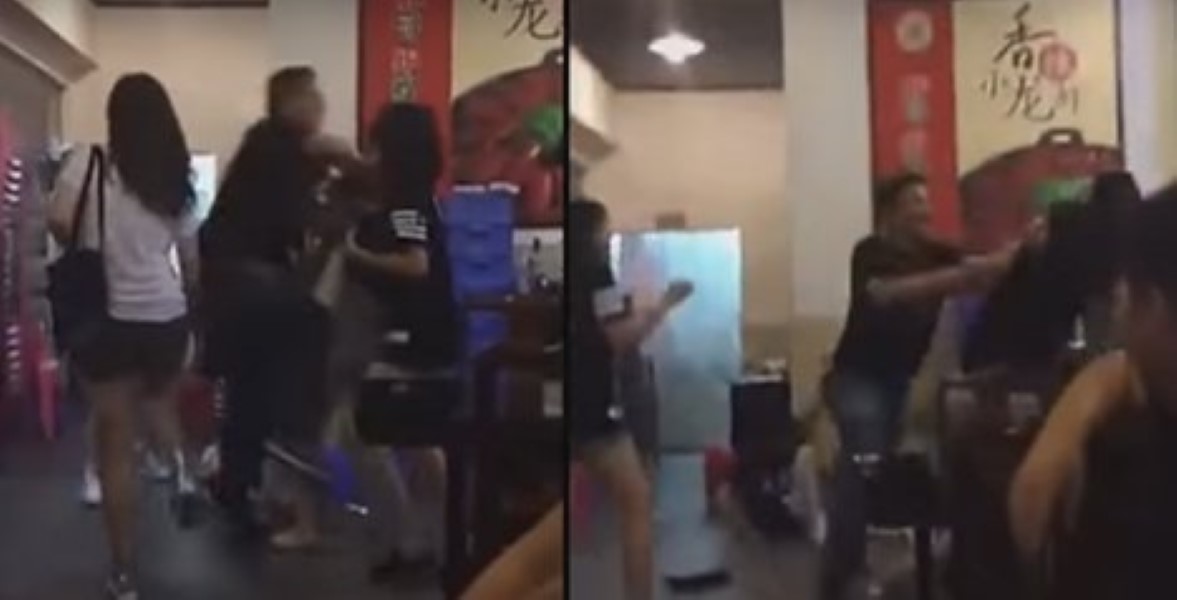