Cook County Jail, Illinois. It’s the biggest correctional facility in the United States. It’s impossible to keep on top of every prisoner and fully police things. So every now and again, the odd bit of contraband slips through the net. 41 year-old Jimmie Smith here has a laptop, for instance.

Well, had a laptop. Guards have since seized the thing. And he was NOT happy about them doing it. Why? Well, apparently he presents his own talk show called ‘My Back’s Against The Wall‘ on it each week. It’s important to him. But it’s against the rules. So the guards take it away. And he LOSES IT.

He punches the female guard super hard. The footage is pretty shocking. 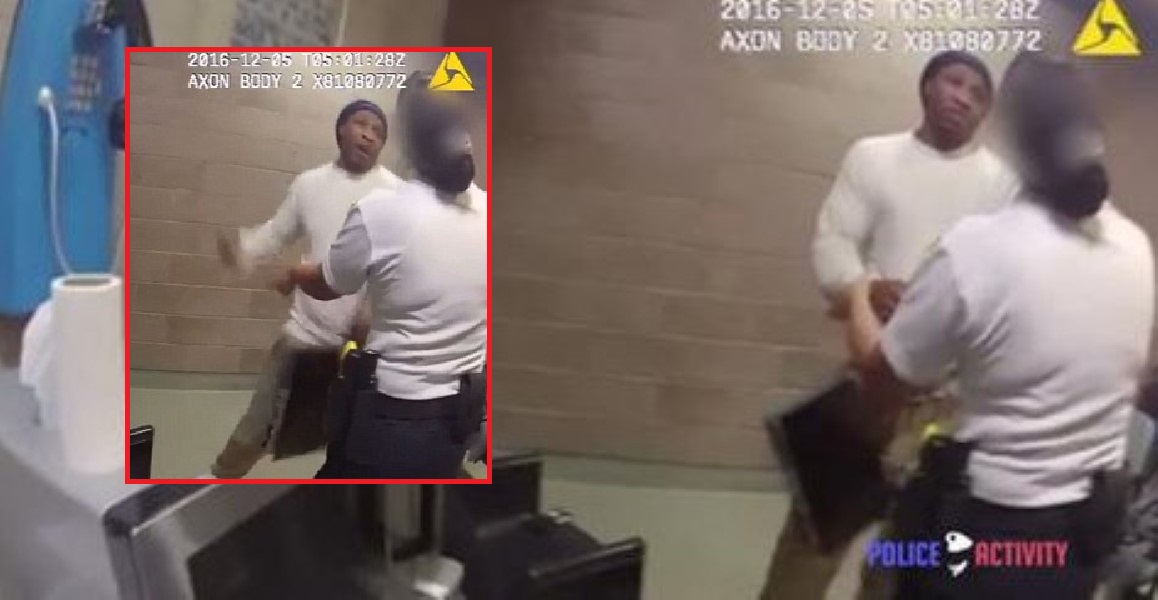 Smith is in for attempted murder, aggravated kidnapping, and aggravated criminal sexual assault. And he’ll be staying for longer after this!

Here it is. OUCH.