Henan province, Central China. A bizarre wedding game seemingly crosses the line as a group of unruly men paw at and attempt to strip the blushing bride in front of her groom. The clip appears to show a parlour game which is increasingly common at modern Chinese weddings, but in it the bride appears to be quite uncomfortable.

The men are grabbing her blanket and attempting to remove her underwear in the game which is now more popular than ever with young couples getting married. Although we’ve no idea why. It’s a strange and rather demeaning encounter for all concerned.

This isn’t the only odd game which can get out of control in these types of ceremonial games. We recently brought you the groping game that sees wedding guests grabbing the bride in order as part of a ‘new tradition’ to raise honeymoon funds. 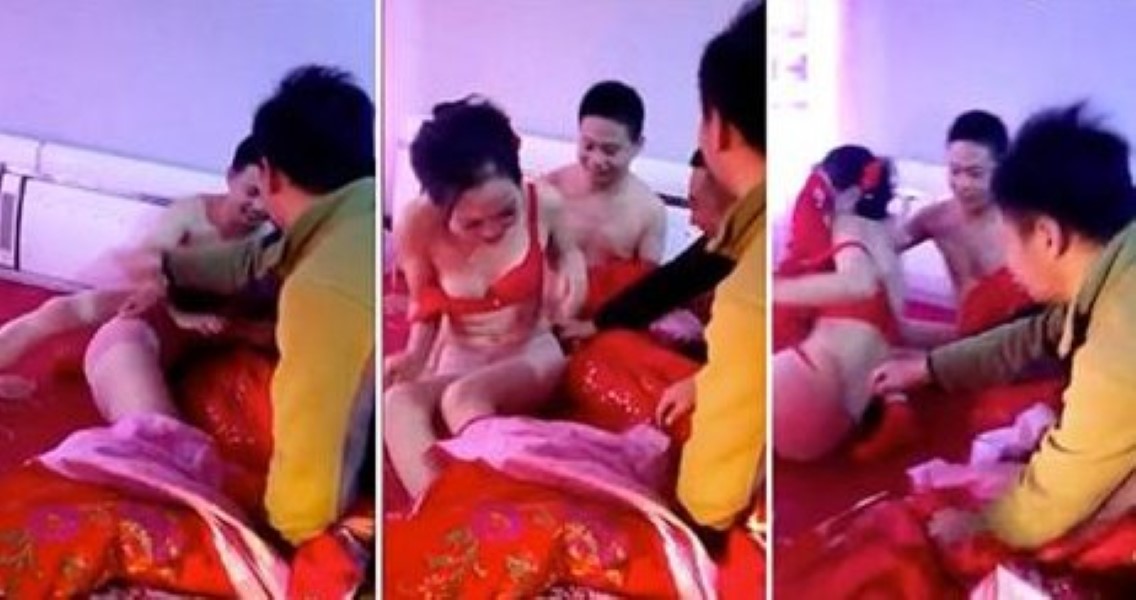 “You may now forcibly strip the bride!”