Every now and again, people lose their grip on reality, don’t they? For us it happens when our team loses. Which is almost every damn week. For most people? Booze and drugs send them to Nutsville. And the clip we have for you here? It shows just about the most insane woman you’ve ever seen.

We don’t know what she’s taken here, but it’s made her lose her mind in the street in Costa Rica. Bath salts? PCP? Meth? Who knows. All we do know is that she’s lost it and going off the rails.

First we see her stop her ambulance in the middle of the road. Then she begins stripping, ripping the wipers off the ambulance, then stripping some more… Then she’s all over the place destroying everything in her wake. 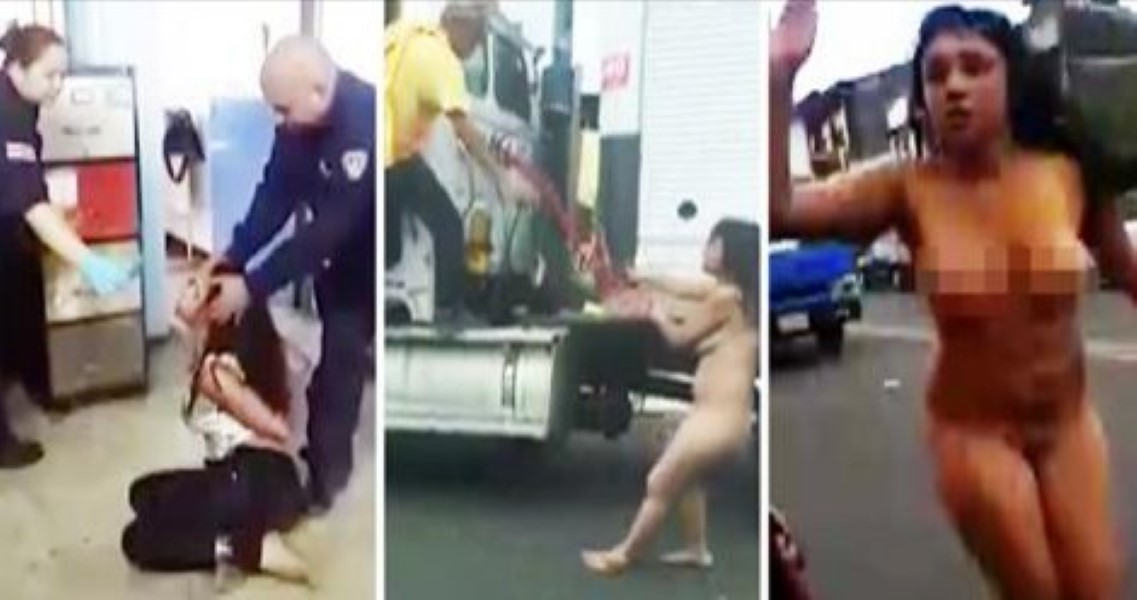 You’ve never seen a woman lose her sh*t this much… Drugs. Just say ‘no’, kids.

I need to travel here pic.twitter.com/ffvaXo1wMk