A man followed a drunk driver home and knocked him out after the guy allegedly threatened his son with a firearm.

The incident happened last year in Alburqurque, New Mexico, at just 7am in the morning. The fight occurred after the man followed the drink driver, 26-year-old Ryan Allen, home as he allegedly flipped off his son, and pointed a gun at him. The whole tense stand off was captured on film by a neighbor, who uploaded the video onto Facebook.

In the video, we see the man arguing with Allen and his father, Greg. Allen senior claims he came out of his house to confront the man because his son had turned up at the house terrified. “He said somebody was chasing him, so I walked out and the guy was chasing him,” said Greg Allen. The Allen family deny that Ryan pointed a gun at the man’s son at any point. 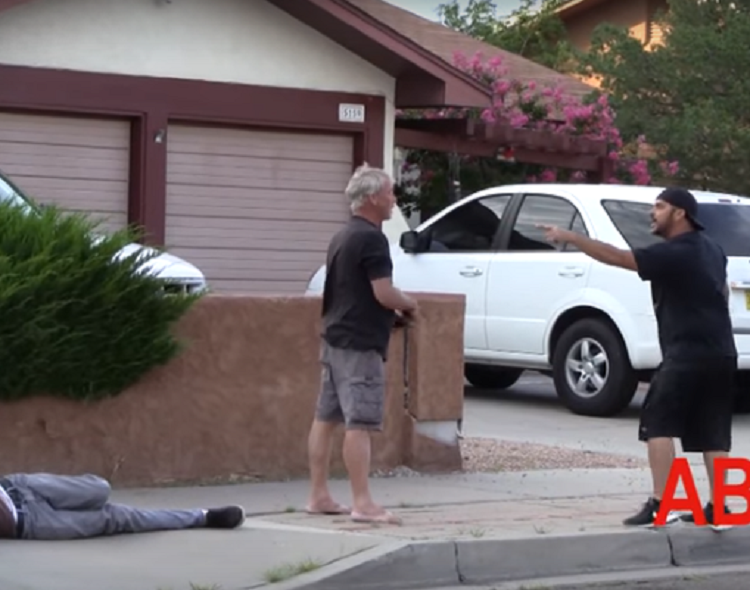 The unnamed truck driver claims that he gave the Allens warning after warning to back off, whilst he was on the phone to police, before finally laying out the younger man with a single punch. When police turned up, Ryan Allen admitted to drink driving, and was arrested for aggravated DWI. He denied that he threatened anyone with a gun. He was released from jail and his father says he’s now in hospital for a concussion. The truck driver was not charged with any crime.