They say that a dog is a man’s best friend. Nowhere is that more true than in the following video.

In the clip, we see a scantily clad young woman sat on a sofa playing with what appears to be a Jack Russell puppy (Don’t call me on this – I’m no expert!) However, after rolling about on the woman’s lap for a bit, the crafty canine decides that he wants a bit of T and A. All of a sudden, he decides to jump up and grab the women’s dress in his mouth, exposing the woman’s right boob. 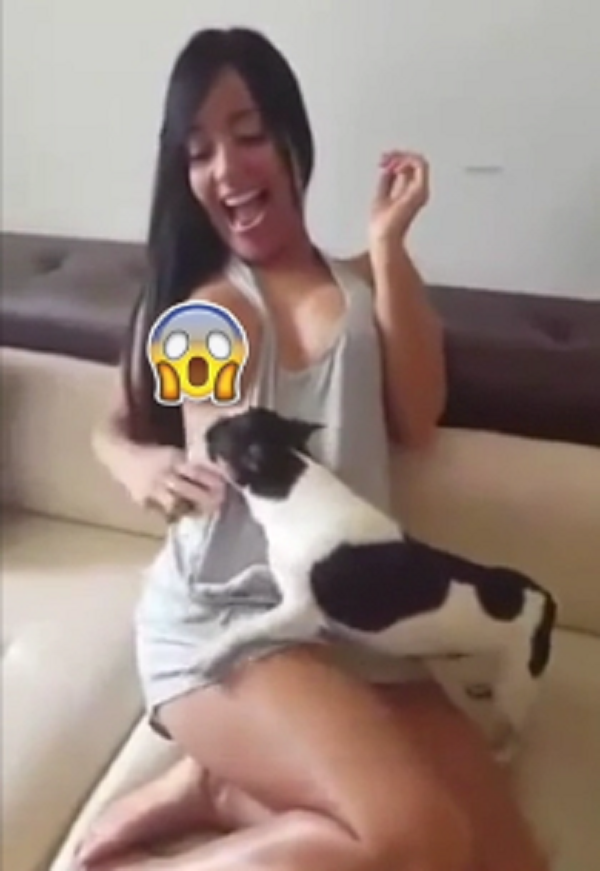 The lil’ thug left the woman wishing that she wore a bra that day. But she didn’t, and the glorious moment is preserved on film for posterity! Good boy!

This isn’t the first time we’ve seen a dog exposing ladies’ mammary glands on film. A few weeks ago we told you about the dog who unleashed a woman’s nipple whilst she was livestreaming a music performance