There’s a big Halloween party somewhere in town. It’s late. Everyone’s dressed up and drunk, obviously. After all, who’s out in a city center at 2am dressed like a zombie without a dozen beers in them, huh? Anyways, as these things so often do, a couple of groups have clashed and it’s kicking off. It’s fight time.

Almost without thinking – and by instinct – he puts up a hand (it’s barely even a fist) and she runs straight into it. Knocking herself out! 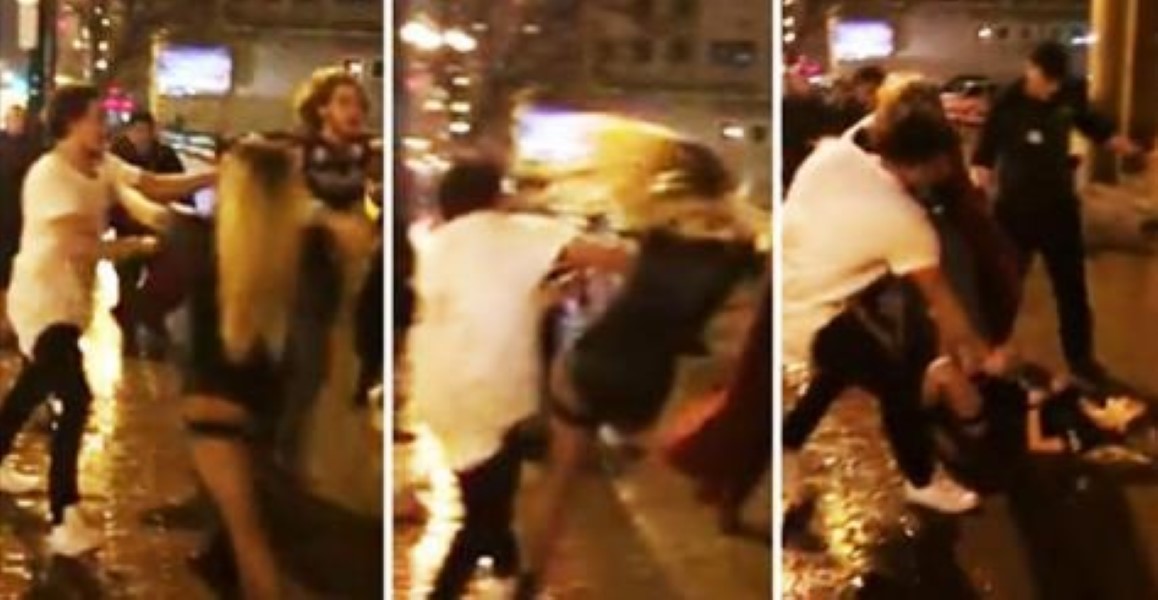 Keep your hands to yourself in future, lady…