Glendora High School, Los Angeles, California. Crazy scenes erupted outside as a pupil’s mom seemingly loses her mind. She’s seen behaving and acting oddly. She shouts at students, does forward rolls and performs a little dance. But that ain’t all… As hundreds of students gather – many filming on their smartphones – the woman STRIPPED.

Bare a*s nekkid, she paraded around. Onlookers claim she was asking for her daughter beforehand. The poor girl.

Here’s what a local police spokesperson said: “She started behaving erratically in front of students and campus aides who were monitoring her. Glendora Police responded and detained her, then she was transported to a local hospital. The female did not have any weapons and no one was injured.” 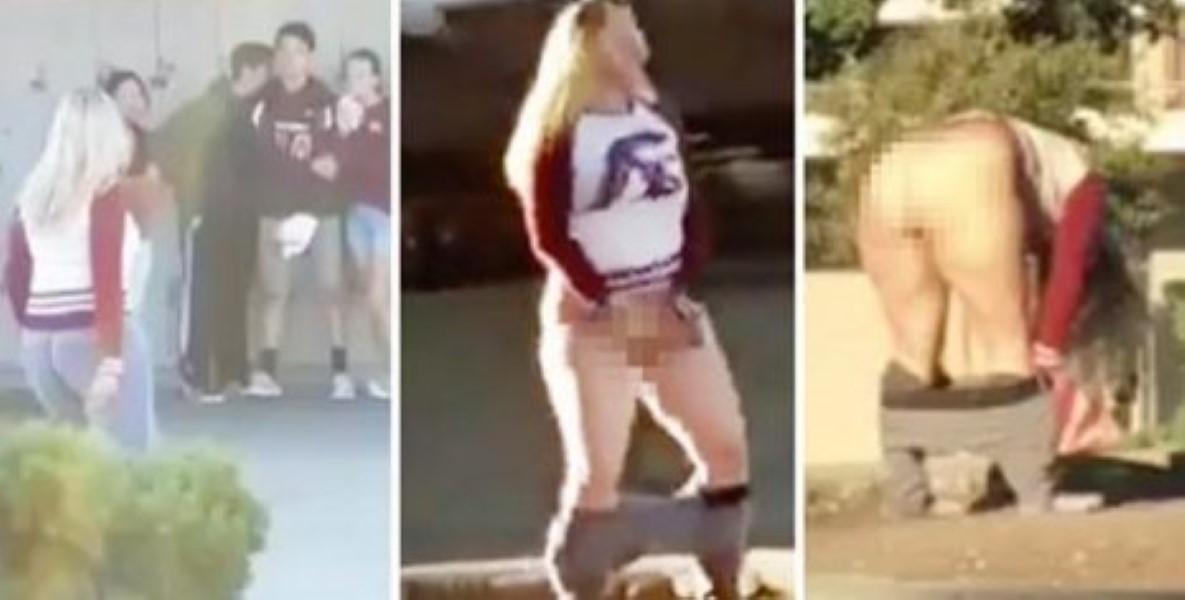 The woman, according to cops, won’t be facing any criminal charges…

May God help the poor kid who’s got to go to school after their mother did THIS: