It seems that people will do literally *anything* to get famous these days. And the internet gives them ample opportunity to do so. We’ve seen folks uploading photos and videos videos of them doing all sorts of s**t just to get their fifteen minutes, such as goading UFC fighters, humiliating their partners and sharing their sexual health test results. 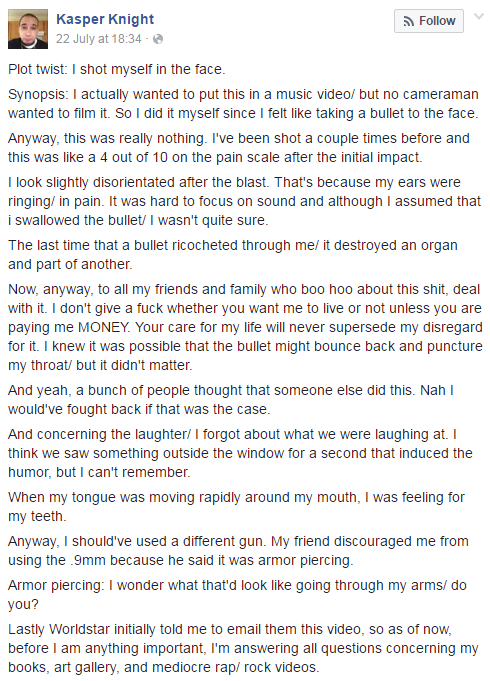 He uploaded the video to Facebook, where it has had 450k views, so I guess Kasper got what he wanted, even if he is in a world of pain.

Watch the video below. We warn you – it’s pretty graphic.