Bullying. We all know it’s wrong. But it goes on. It would be an almost impossible task to try and shut it down across the world. The worst thing? It’s kind of imprinted into our DNA to keep the weak down. Sad as that is. But who really is weak? It’s not always obvious…

Take this kid here. Quiet, keeps himself to himself. Takes sh*t. He’s being bullied by another kid and one day it turns violent. His bully has no idea how to hit, but he keeps the punches flying anyway. They’re doing little damage, but it’s humiliating for the bullied kid nonetheless.

Suddenly, though? The kid on the end of the blows LOSES it. Fed up, he decides to stand up for himself. And it suddenly goes BADLY wrong for his bully! 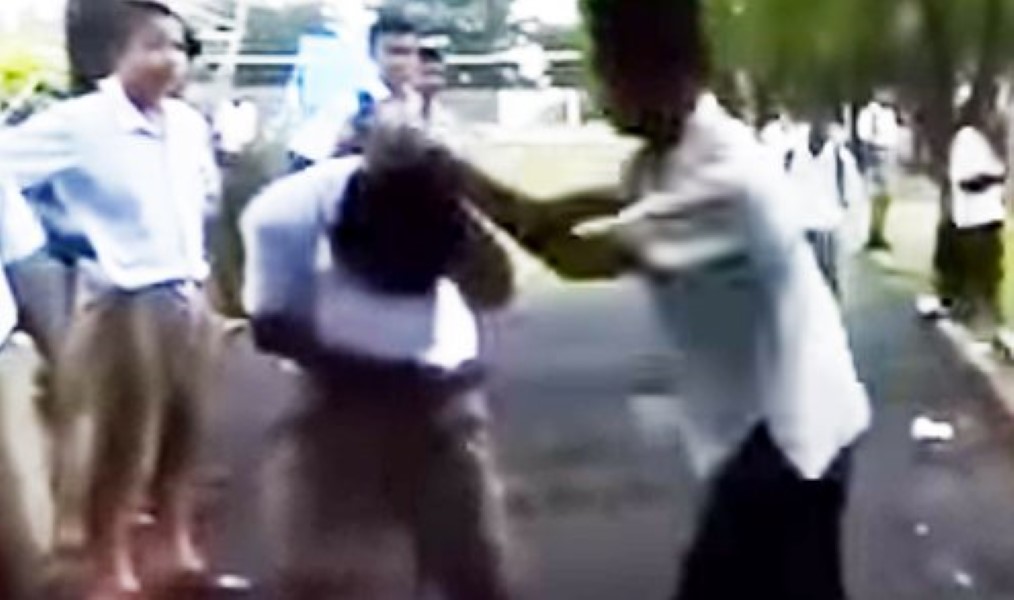 This is payback. And it tastes so sweet!