London, England. An incident on the subway (or ‘The Tube’ as the Brits call it) ends in violence when a man and woman end up in a fight. A fight she DEFINITELY did NOT see coming!

Now, violence isn’t cool. Unless it’s a regulated and sanctioned MMA thing or something. But two strangers throwing hands in public. Tch.

In this clip here, a woman screams at a guy for nudging her bag with his foot. He ignores her. She keeps screaming, he eventually bites back and they begin to argue. She slaps him… He slaps her back. 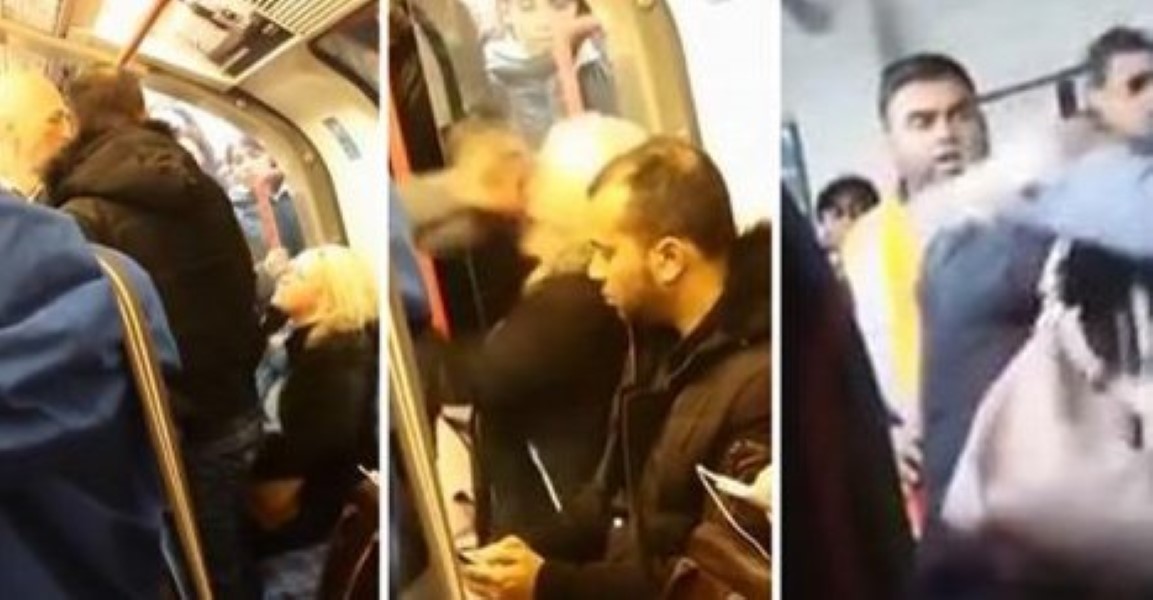 Then it REALLY kicks off.

Here is the footage, filmed by a witness…