Police in Phoenix, Arizona have reported that a man has been arrested after he decpatitated his partner and killed her tow dogs. Trina Heisch, 49, was found murdered in her home by police this week. They had been tipped off by the couples’ neighbor, George Loney, after he called at the pair’s home to check on Trina. He was stunned when the suspect answered the door with his left arm severed at the elbow and his left eyeball missing. Police arrived and he was arrested and immediately rushed to hospital where he is being treated for his injuries. 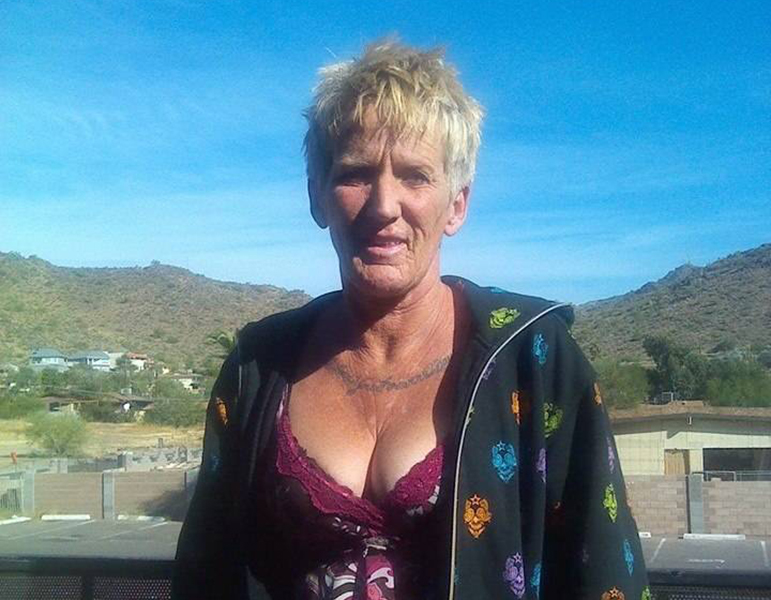 The pair had a history of mental problems, as Loney told reporters.

“They are mentally ill. I went to go check on him. He answered the door; he was naked and there was blood everywhere, so I called the cops.”

The pair had been both been reported to the police before. The suspecte was arrested back in 2003 for trying to kill a member of his family. The victim was arrested this year on charges of domestic assault after she tried to stab the suspect.

“Regardless of her condition she was a Christian lady and she always tried to do the right thing,” Loney said. “I never thought he would kill her. I never thought that would happen in a million years.”