A lucky fan managed to film megastar Rihanna twerking on an overhead glass walkway at a gig in Scotland recently. The man was stood underneath the glass walkway at Hampden Park, Glasgow, when Ri-Ri started shaking what her mama gave her, flashing her a** to several hundred people in the process. But the Umbrella star didn’t seem to mind, sharing the video on her own Instagram page afterwards, referring to it as “saucy,” and thanking the fans for a “fun ass night.” 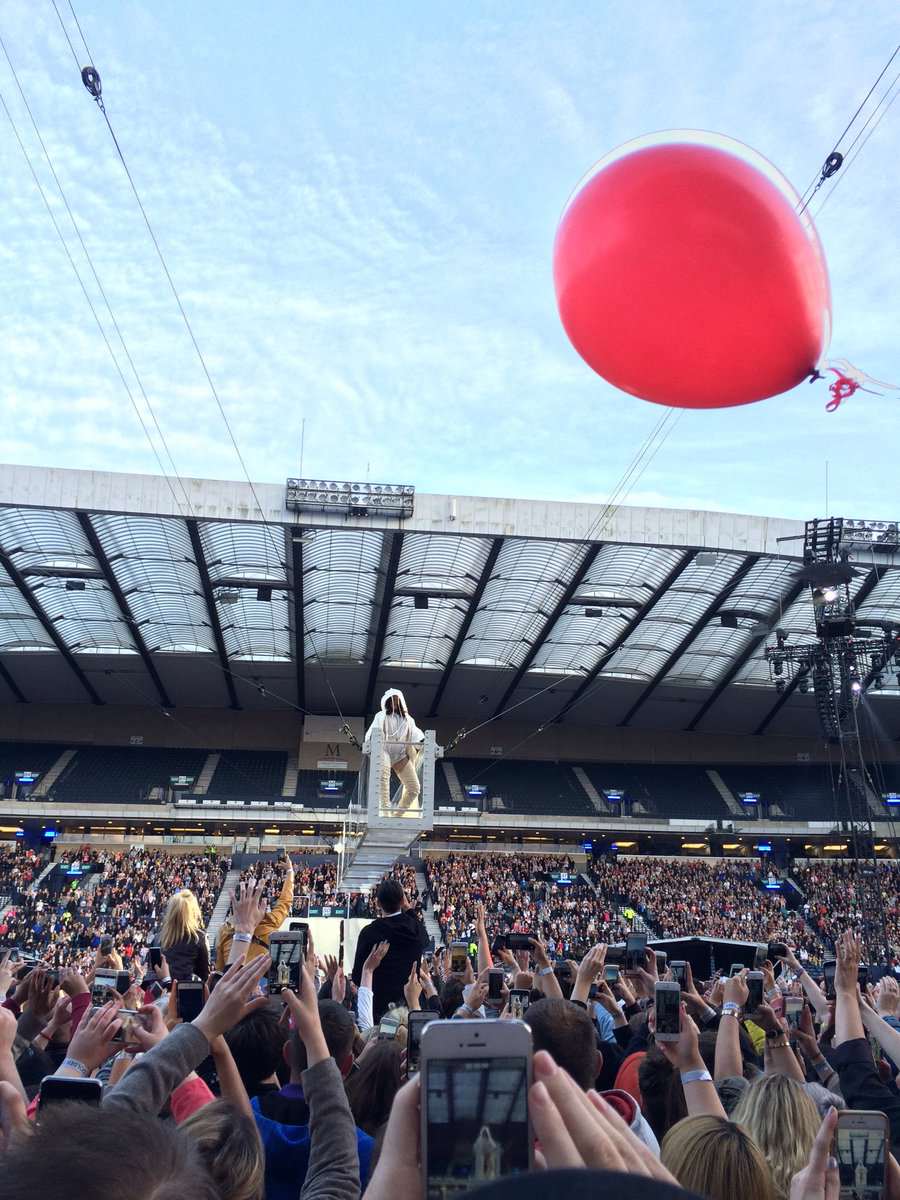 Rihanna, who is known for her risque and extravagant stage act, was in Scotland as part of her ANTI world tour. She was wearing what she herself refers to as “a**-less” chaps, so it’s no wonder the fans got such an eyeful! Let’s hope she makes the glass walkway – and the a**-less chaps, a permanent fixture!

Watch the video below:

Which one of my Scottish fans took this video??? ??? #SAUCY Glasgow thank you for a fun ass night!! #ANTIWORLDTOUR