A woman from Missouri was left in shock last week after contracting HERPES from her local McDonald’s. The unfortunate diner, 31 year-old Shawndella Willis, was eating with her friends after ordering a McChicken sandwich. Midway through the burger, she spotted an lump of mayonnaise on the side of the bun that had a slightly strange off-white color. She licked it off anyway and on tasting it noticed that something was very wrong…

Shawndella said this to local news outlets: “I’m not gonna lie. On birthdays and holidays I give my man a little something extra in the bedroom, you know? So when I licked the mayo off of the bun, the texture was familiar.”

Straight away Willis demanded to see the manager who, in turn, denied her allegations of their use of ‘special sauce’. Outraged, Willis contacted her local health department. They sent a sample off for testing and, disgustingly, they found traces of TWO different types of semen. 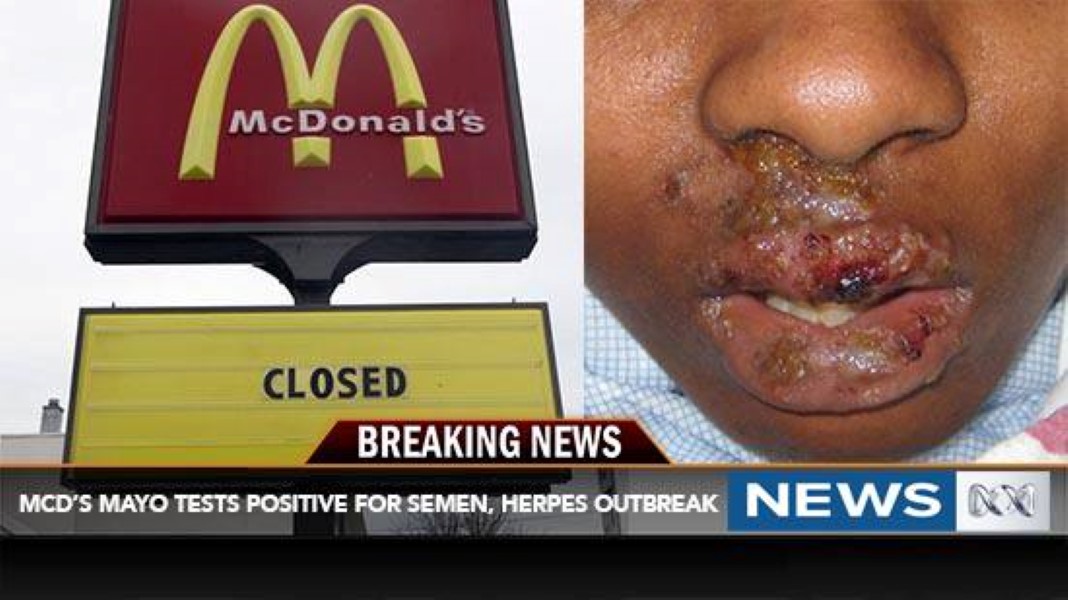 A week later, Willis developed a red rash and blisters on her mouth which, when tested, turned out to be herpes.

The manager of the restaurant has since confirmed that two employees have been suspended pending investigation as a result of the incident. The manager of the McDonald’s also added, “While we’re very sorry about what happened… We can’t always keep an eye on our employee’s conduct. We can only hope, during the interview process, that we are able to hire employees that meet our companies standards.”

A class action lawsuit has been filed in the case which begins early next year.