The Woolshed ‘Baa’ (geddit?) & Grill on Parnell Street, Dublin, Ireland. Two drunk men are refused entry by the security guard – or ‘da feckin’ bouncer‘ as they call them over there. The men complain, they become abusive, they assault the bouncer and one even begins spitting… They quickly regret it, though!

What we love about this clip is that the security guy clearly isn’t a violent maniac, he doesn’t want to KO people. But he has to here. And he does it with ease. This is perfect.

The manager of the bar told UK newspaper The Sun this: “The two guys were drunk and refused entry. They did walk away initially and then they came back a few seconds later – and you can see what happens next. He had to defend himself and you can hear he keeps saying ‘go home, go home’.”

“Our man, was very shook up after the attack. He’s a quiet family man, he’s very polite and we’re all very happy with his conduct.” 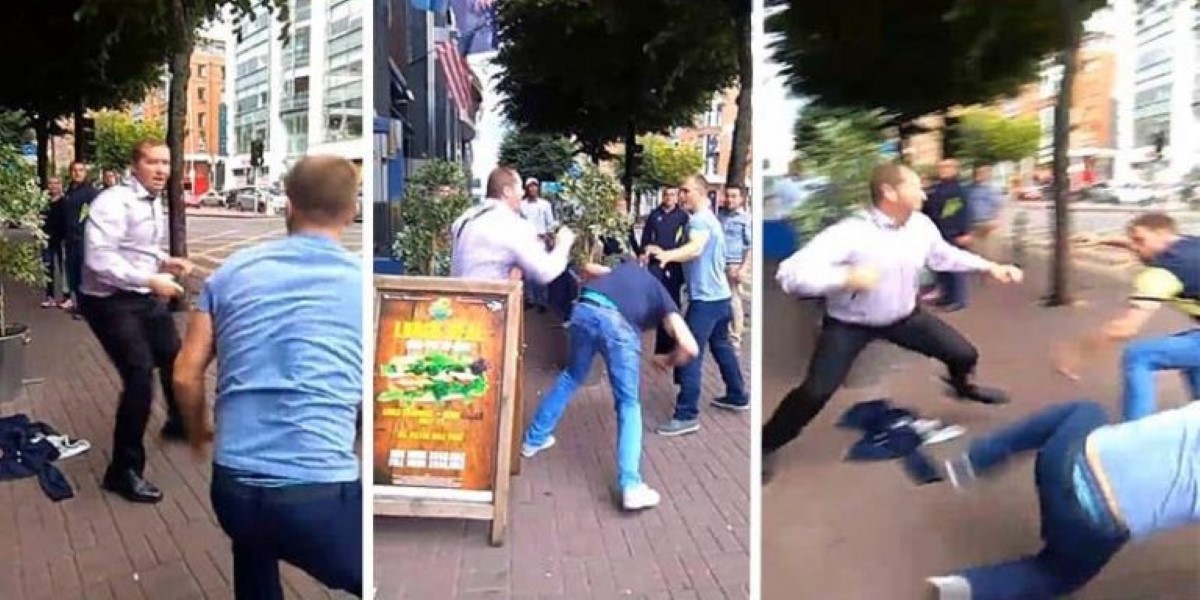 When you watch it you can make up your mind. Bizarrely, since going viral, a whole ton of people have criticized the bouncer saying he went too far. But we don’t agree. He’s a total pro. If anything, we’d like to have seen the dude f***ing BATTER the cowardly spitting idiot too!

See what you make of his reaction…